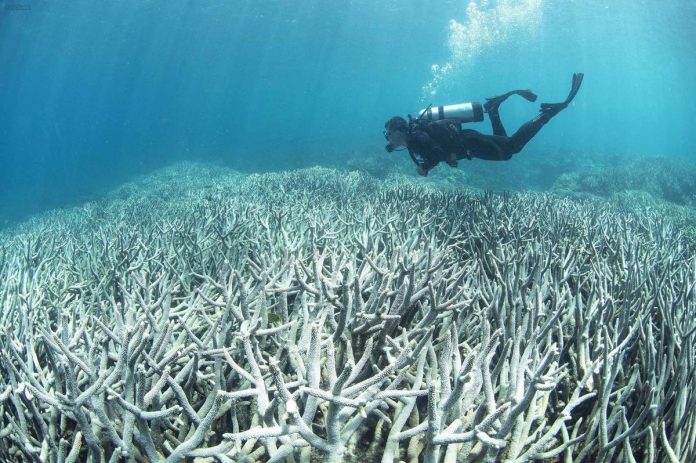 About 14% of the world’s coral reefs disappeared between 2009 and 2018, due to climate change, overfishing or pollution, according to the Global Coral Reef Monitoring Network (GCRMN).

The organization, which relied on data collected from 12,000 sites in 73 countries, said The State of the World’s Coral Reefs in 2020 “provides the most accurate scientific panorama yet of the damage caused by rising temperatures to coral reefs around the world.”

“Coral reefs are under constant stress from warming associated with climate change and other local pressures such as overfishing, unsustainable coastal development and deteriorating water quality,” GCRMN details.

Between 2009 and 2018, the world lost nearly 14% of the coral reefs on its reefs, which represents approximately 11,700 square kilometers of reefs, which is more than all of Australia’s living coral reefs. Although coral reefs cover less than 1% of the ocean floor, they are home to at least a quarter of all marine plants and animals. One billion people in the world depend on it for food or protection from storms and erosion.

A study of ten coral regions around the world showed that “episodes of coral bleaching due to rising sea surface temperatures were the main factor in the disappearance of coral reefs,” with a particularly notable episode occurring in 1998.

Paul Hardesty, chief executive of the Australian Institute of Marine Sciences (AIMS), insists, quoted in the press release, one month before the crucial COP26 climate conference.

“Many coral reefs around the world remain resilient and can rebuild themselves if conditions permit,” the statement also said, “which gives hope for the long-term health of reefs if immediate action is taken.”