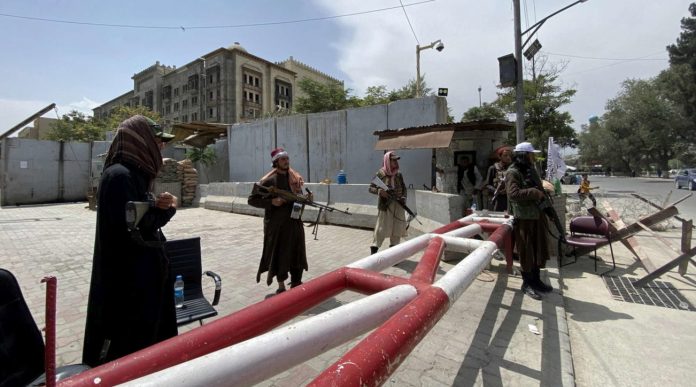 Two photos, taken at an interval of 24 hours, which are as they say in some cases “equal to a thousand words.” The person in the photo is a journalist CNN Clarissa Ward: On August 15, she continued to live from Afghanistan with her hair up and a red scarf over a pastel-colored jacket. The next day, after the Taliban occupied Kabul, Ward was in the street with his face covered with a headscarf, while continuing to tell the American broadcaster the situation in the capital.

Meanwhile, pleas to open humanitarian corridors multiply to save the many women who risk having their freedoms restricted, even if a Taliban spokesman assures they “will be able to leave home and study”.

As the meme spread, Clarissa Ward felt compelled to provide an explanation. “There is a difference but it is not very clear (Between yesterday and today, Ed) ”, he writes on Twitter. This meme is inaccurate, – he explains. – The photo above is inside a private compound. And the other in the streets of Kabul in the hands of the Taliban. Previously, I always wore a scarf on the street in Kabul, even if my hair was not completely covered and the abaya.”

The fourth dose of the Covid vaccine Ceo Moderna: “it will...