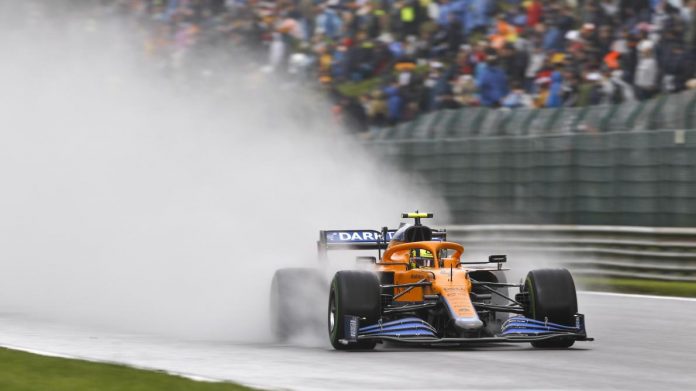 The McLaren driver will start from 14th place this Sunday at Spa-Francorchamps.

TheBritain’s Lando Norris will start Sunday at 3:00 pm 14th on the grid for the Belgian F1 Grand Prix, penalizing by five places because McLaren had to replace the gearbox with its damaged single seat on Saturday at Spa-Francorchamps.

“After assessing the damage to Lando’s car, we decided to change the gearbox, which resulted in a five-seat grid penalty,” a McLaren spokesperson confirmed to the Formula 1 website.

Norris, 21, had a violent crash in the final part of qualifying (Q3), in the famous and dangerous up-turn of Raidillon, which became slippery due to heavy rain conditions.

He got out of his car on his own unharmed but was stunned holding his left elbow. He was first taken to the circular medical center, and then taken to the hospital for further examinations. He finally got the green light to drive on Sunday.

The young Englishman, before this 12th round of the season, is third in the world championship with 113 points behind Lewis Hamilton (Mercedes) who has 195 and Max Verstappen (Red Bull) 187, who will start respectively in third and first on the grid. article.

See also  Holder of Eden Hazard against Russia to start the euro? "I'm not 100% yet, we'll see with the medical staff" (video)