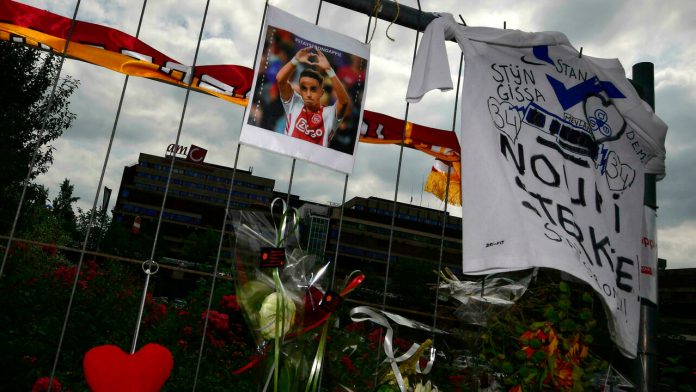 La Haya (AFP) – Ajax Amsterdam announced on Monday it had paid 7.85 million euros ($8.9 million) to the family of Abdelhak Nouri, the victim of serious brain injury in July 2017 after suffering a heart attack in a friendly match.

“We are aware that the suffering of Abdelhak and his relatives does not end with this. The situation remains very sad, and we also note it here at Ajax,” Edwin van der Sar, the club’s general manager, said in a statement.

A young Ajax promise, Abdelhak Nouri, 24, has been in a coma for four years and is cared for by his family at home.

In a pre-season friendly match against Werder Bremen in Austria, Nuri fell on the field.

His family demanded compensation from the club to pay for the youngster’s care and Ajax soon after taking full responsibility, realizing that Nouri’s initial care was not sufficient.

This payment of €7,850,000 ends the judicial process. In addition, Ajax has paid for the health workers and Nuri’s care since the summer of 2017 and will continue to do so, depending on the entity identified.

The statement quoted the player’s father, Mohamed Nouri, as acknowledging that “Ajax’s participation and commitment have been very important throughout these years.”

“Ajax has been a part of our lives since Abdelhak’s childhood. We appreciate the union with the club’s officials and its fans,” he added.