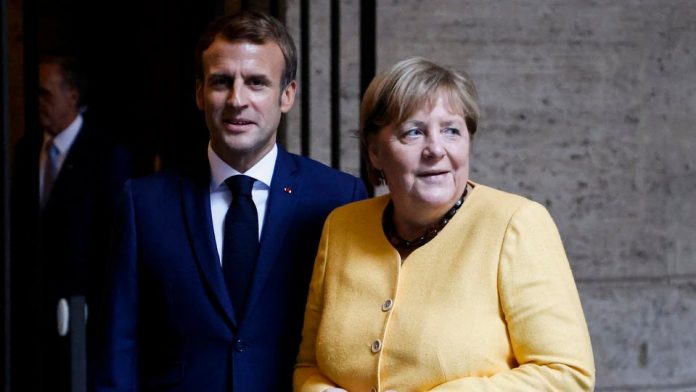 Angela Merkel’s farewell journey continues. This Wednesday, November 3, he is going to France to meet with German Chancellor Emmanuel Macron. The president’s last official visit was before he stepped down.

In fact, various German parties are still in talks to form the next government, but all have announced that the issue will be resolved by next December.

So Angela Merkel is just a few weeks away from becoming head of state. For the event, Elysee explained that Emmanuel Macron “wanted this meeting to take place in a city whose historical monuments and wine culture illustrate the richness of the French tradition.”

So it was at the Peon in C -te d’Ivoire that the Chancellor couple greeted the Chancellor and her husband. At the event, recite pianist Alexandre Condoro and visit the Chatto du Close de Vogue for dinner.

The head of state should use the opportunity to show all respect to Angela Merkel by rewarding her. The Chancellor should therefore be awarded the Grand Croix symbol of the Legion of Honor. In recent days, he has already expressed his feelings about his colleague. “Dear Angela, thank you for the battles for our Europe. Sixteen years of commitment is not enough to sum up a tweet.

Dear Angela, Thank you for the battles for our Europe. A tweet summarizing sixteen years of commitment is not enough, so I would like to quote a date that will forever testify to your commitment and commitment: July 21, 2020, adopted the European Recovery Plan. pic.twitter.com/ZK2FuE57fo

The whole ceremony will not be dedicated only to this reward, because the two leaders really need to discuss “personal exchanges on current issues of international and European politics”. At a time when France is embroiled in a diplomatic crisis with the United Kingdom over questions regarding fishing licenses on the channel, lessons will be plentiful. COP26, which is currently over, and the future of the European Union after the departure of Angela Merkel should also be one of the topics discussed during the day.

See also  Riverboat: On the way out of Michael Patrick Kelly Monastery - "I'm not used to anything"

French woman Tessa Worley comforts herself with a small globe in...