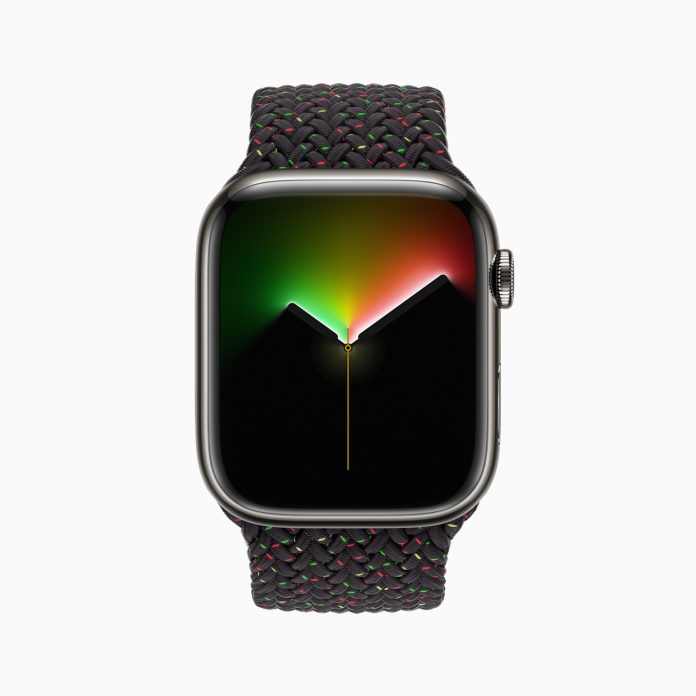 Yesterday’s updates were released for almost the entire Apple ecosystem. There is also a new watch face for Apple Watch users.

Apple has unveiled a new watch face to celebrate Black History Month. Developed with 2D ray tracing technology, the new Unity Lights watch face features different colored lights that dynamically intersect and cast shadows with the hands. The dial is also available in black and white, with and without complications. In addition, a single ring in identical colors appeared on the Apple Online Store. This should be the counterpart to the Apple Watch Series 6 Black Unity Edition that was introduced last year. Black History Month content has also appeared on other Apple services. At Fitness +, new workouts with playlists dedicated to people of color. New content and playlists on this topic are also available in Apple Music, AppStore, books, and podcasts.

Apple made iOS 15.3, iPad OS, and WatchOS 8.4 available for download last night. In addition to security updates, minor bugs on iPhone and iPad have been eliminated. In the Watch OS update, on the other hand, an annoying issue was fixed. Some Apple Watch charging cables do not charge the watch as intended. Fortunately, this happened to me the day before the update itself. My watch did not charge the next morning despite spending a night on the charger. According to Apple, this issue should now be resolved.

Cosmic Thermometer: The Universe Is Still Warm From The Big Bang

The old republic will receive a new expansionتوسع