Persia Digest
Home World As for Amazon Europe, it increased its revenue in 2021 by 7... 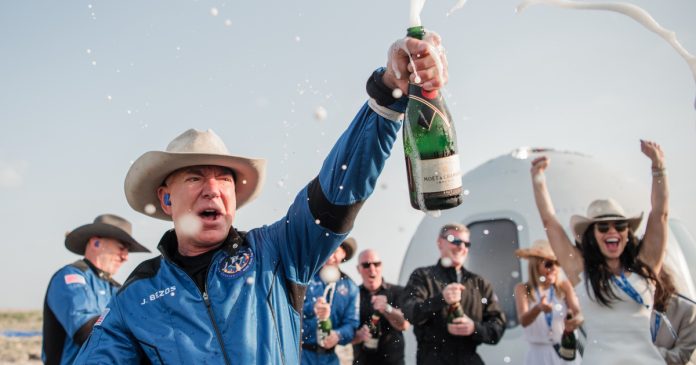 In 2021, “Amazon Europe Unit”, a division based in Luxembourg in which the activities of Great Britain, Germany, France, Italy, Spain, Poland, the Netherlands, Sweden, He did not pay any taxes. In fact, she got a tax credit of 1 billion euros. This in the face of revenue increased by 17% a 51.3 billion euros. However, taxes are calculated on The profits that, for Amazon Eu, weren’t there. In fact, the company recorded a loss of 1.2 billion euros. Oddly enough, the company’s sales increased by 22%, costs did not rise, and at the level of the entire group, It closed 2021 with a profit of 24.9 billion, an increase of 2 billion over the previous year. But the fact that the company is not making money in Europe is nothing new. Head office in Luxembourg This entity leads the activities

The small country has a very favorable tax system, especially many Laxity with profit transfers elsewheremost likely in secret jurisdictions like the usual ones Virgin Islands, Cayman etc., Jersey, Delaware and others (Most of them are directly attributable to Great Britain). Here profits are taxed Ridiculous or even non-existent rates. The ‘game’ by which multinational corporations transfer profits is, after all, very simple. Subsidiaries of the same group residing elsewhere sell licenses, software, patents, etc. to divisions of countries where the tax rate is higher. Every year, Alphabet (Google) affiliates around the world buy licenses from Google Bermuda, for example. The same, some more, some less, is done by most major companies.

See also  Beyond the mysterious noise in the UK

An Amazon spokesperson said the company is taxed at all of its European subsidiaries, and that revenue, profits and taxes are recorded and reported directly to local tax authorities. “All over Europe, we pay a tax on Corporate profits in the hundreds of millions of eurosAmazon spokesperson said. asked by Ilfattoquotidiano.it The company notes that 345 million euros of unspecified amounts have been paid in Italy “tax contributions”So, this is not a regular corporate dividend tax but a much broader definition. On the other hand, Amazon did not answer a question about profits made in Italy. A note from the group notes that the $1 billion tax benefit is “mainly due to net carry-forward losses under the tax consolidation system”. Luxembourg-based Amazon has less than 7,000 employees and is registered 37 billion euros expenditures for “raw materials and consumables”. And 15 billion “foreign fees” led to an annual loss. “We are investing heavily in job creation and infrastructure across Europe – more than €100 billion since 2010,” said an Amazon representative.

Boris Johnson, the mad rhetoric and the chaos in Downing Street-...