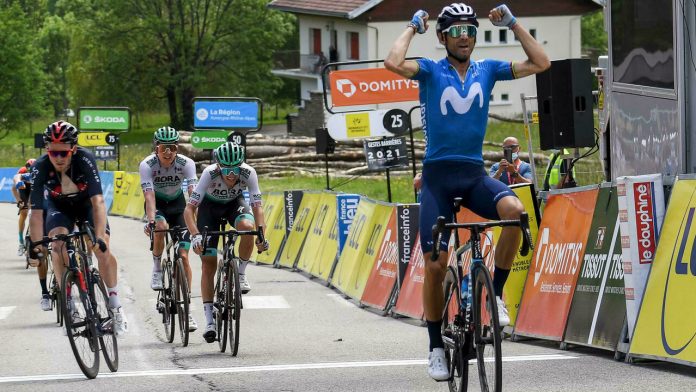 Alejandro Valverde (Movistar), who returned to the world tour after a fall on the Volda, won the third leg of the tour of Sicily strongly on Thursday, taking the lead ahead of the final.

The 41-year-old Spaniard surpassed Alessandro Covey (UAE) and Jonathan Restrepo (Anthony Giocottoli-Cidermek) for his third win of the season.

The victim of a severe fall on the Spain tour caused a broken calf at the end of August, proving that he was in good condition for the return of Wolverhampton. Line, apparently without immediate consequences.

Two stages after the Molano launch, the 180 km stretch between Termini Imeres and Coronia

Molano was left on the climb by Pollina (11.4km 10% with 5.7% columns), bid farewell to his leader’s jersey, while the departing crew was caught by Peloton shortly after the start.

The MovieStar then controlled the descent, and then on the coast, the team of Trek Secafredo, Vincenzo Nibali, gave their strength for the final climb.

The latter, starting 3.5km from the end, was all played out. Valverde took the lead in the first switchback, with Romain Bartett, Brandon McNaldy and Nibali in ambush. McNaldy, the winner of the Sicily Tour 2019, put the first attack over 1km, but it paid off little by little. Valverde was the last one left to win in front of his followers in the last hectometer.

The final stage will take riders between Sand Agatha de Millidello and Muscali (180km) at the foot of Mount Edna on Friday with a 2500m high difference in the show.