Persia Digest
Home sport Benjamin Ponzi surrenders to Stefanos Tsitsipas after a good resistance in the... 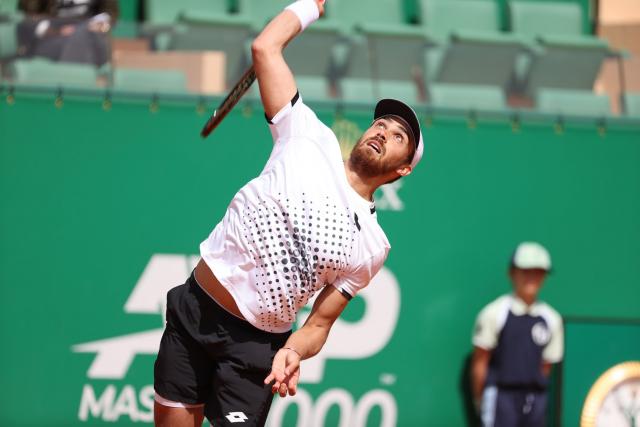 Hitting an ace on an ace to start his match (nine aces in the first set alone, fourteen in total), Stefanos Tsitsipas wasn’t expecting to turn up a third set of Benjamin Ponzi, Tuesday, in the first round of the ATP 500 of Halle. However, this is what the French achieved, as he finished 46th behind the Greek in the ATP (52 vs. 6). But this was not enough for him to achieve his best performance and he finally lost in less than two hours of play (7-6, 1-6, 6-3).

After going through the tiebreak (7-1), Bonzi took a feat by crashing Tsitsipas three times in a row in a nearly perfect second set and won 6-1. With his stable backing, good first serve and fairly dry and flat strikes, the Frenchman can make the lawn a very suitable playing field for his continuous progression.

In the final set, Ponzi squandered two entry break points, then Tsitsipas showed himself even more powerful, breaking the score 2-1 and becoming difficult to maneuver in his service games to the end. The number 2 seed in Germany, Tsitsipas will face Nick Kyrgios in the next round, in a duel of this kind.

See also  So you can follow the opening, closing and all Tokyo 2020 procedures on your phone