Persia Digest
Home World Brazil, the organizers of the assault are invited via social media to... 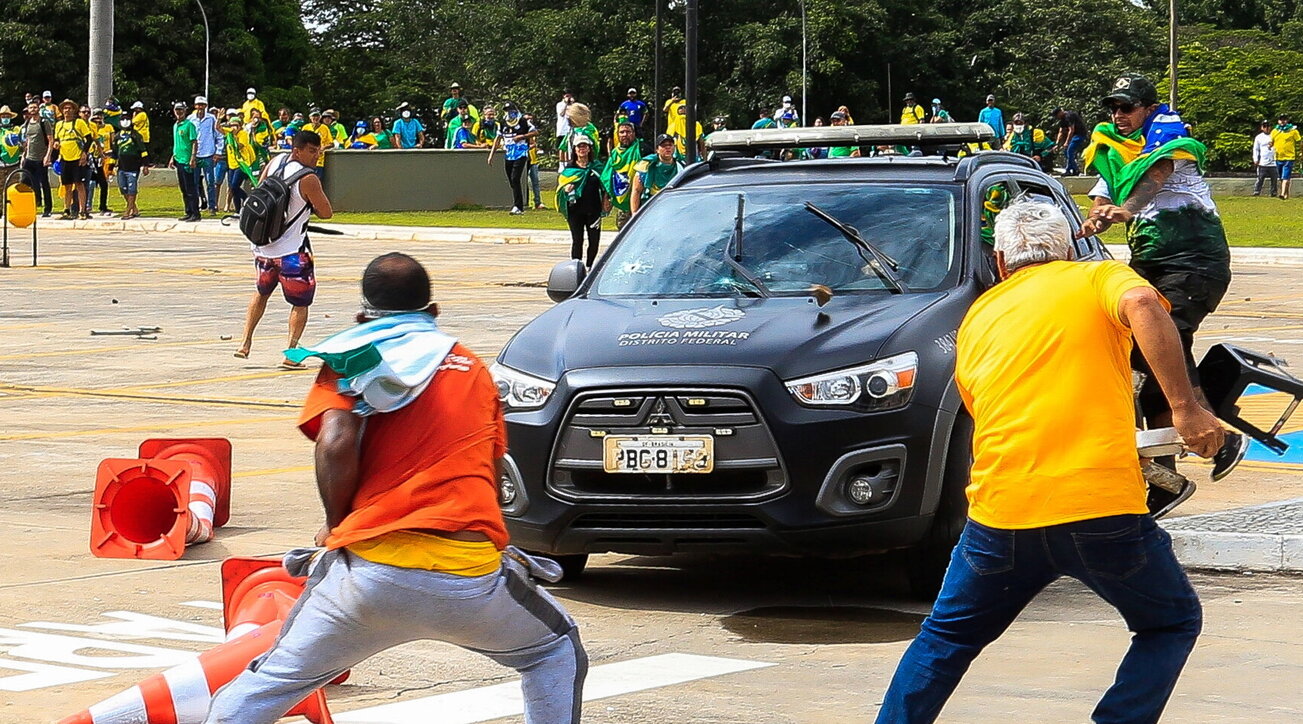 The invitation indicated on the map 43 points in various cities, where bus transportation services were available to reach the capital, where there will be a large party, “to which children and the elderly are not actually invited.” The specified letter, given Violent attack on Sunday in Brasilia By supporters of former President Jair Bolsonaro: “Only adults are willing to participate in all games, including shooting targets for police and robbers.”

Many online conversations related to the call for the Brasilia rally have referred to it as the “Selma party,” a pun on the Portuguese word for “silva,” a battle cry used by the Brazilian military. Participants were advised to wear a mask to protect themselves from “pepper pie in the face”, that is, pepper spray fired by security forces.

“Everyone to the party, it’s going to be a blast”

It was also recommended to wear green and yellow, the colors of the Brazilian flag, and not red, the favorite color of Lula’s Workers’ Party. Finally, the post reads: “Get ready guests, the party is going to be a blast.”