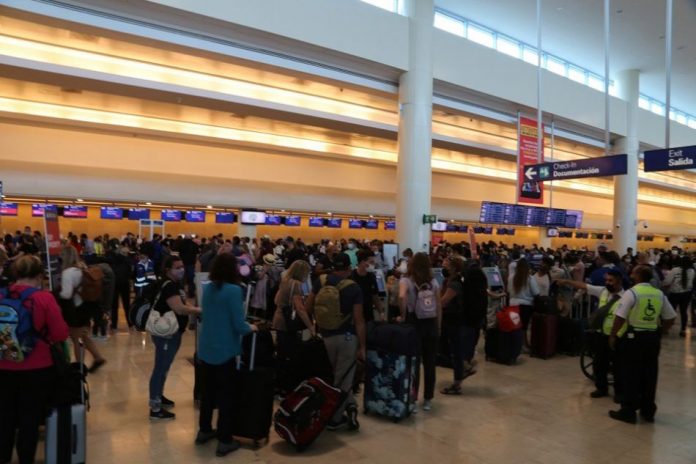 Cancun: – Grupo Aeroportuario del Sureste (Asur) today announced a very large number of 428 operations scheduled for June 17 at Cancun International Airport, maintaining the destination with a high percentage of arrivals from various parts of Mexico and the world.

ASUR indicated in its daily report that it will receive 213 arrivals, of whom 80, according to this schedule, are domestic and 133 internationally.

Also, a total of 215 departing flights, of which 82 are to Mexican airports and another 133 to terminals in other countries.