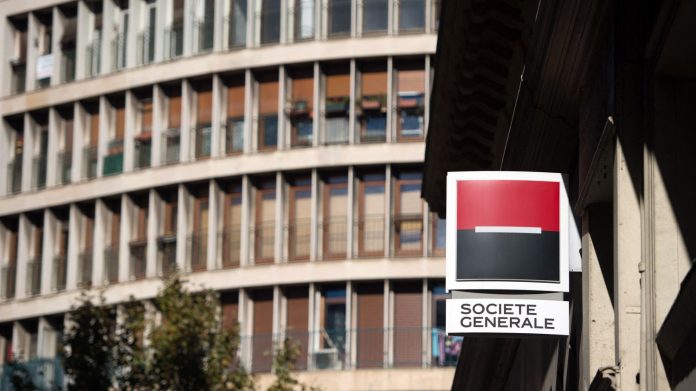 Societe Generale has announced 3,700 job cuts between 2023 and 2025, as a result of the creation of its new retail bank as a result of the merger of its network with that of Credit du Nord. “These job cuts will be based on natural departures (estimated at 1,500 per year by 2025) and priority given to reclassifications and internal mobility.”, the group identified in a press release published Tuesday, October 12. don’t summon ‘No forced departure’.

“We use a progressive approach that spreads over time,” Sebastien Proto, deputy general manager of the group, confirmed to AFP. “This allows us to begin all of our training and one-on-one support sessions, well before the actual implementation of the transformation.”

“The new paradigm, i.e. achieving transformation such as the merger of agencies, for example, will start in 2023 and will continue until 2025Sébastien Proto added.

The Société Générale group filed a dossier on Tuesday with its social partners outlining the model and detailed regulation of France’s new retail bank. depends on “complete integration” Retail banks Crédit du Nord and Société Générale: “One bank, one network, one head office, one IT system, serving nearly 10 million customers and more than 25,000 employees.”, confirms the group.

The bank will benefit from“A regional network of 1,450 agencies guaranteeing maintenance in the same cities today”. In all, the two networks had a capacity of about 2,100 at the end of 2020, sometimes close to each other.

This regional anchoring should be reflected in the group’s brand strategy, which will have a national brand associated with the regional names among the Crédit du Nord Group’s brands (Crédit du Nord, Courtois, Tarneaud, Laydernier and SMC).

See also  Renault is the source of Moroccan cobalt

The queen of super cars in the land of electrons