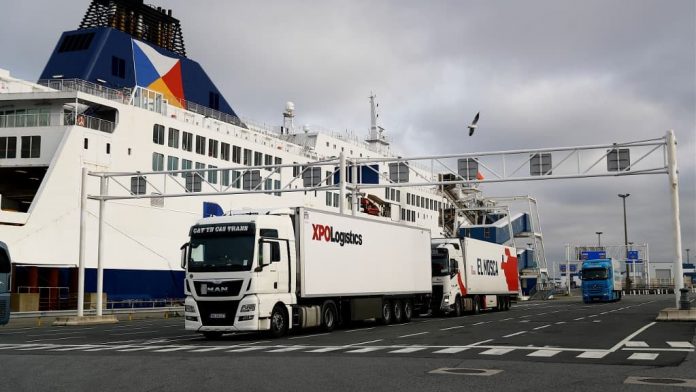 So far, Boris Johnson’s government has rejected the idea of ​​relying on foreign labor, but the shortage in key economic sectors has forced it to reconsider its position.

The UK will grant up to 10,500 temporary work visas in response to a labor shortage. An unexpected shift in immigration after Brexit, which the British government announced on Saturday.

These three-month permits, from October to December, should ease a stark shortage of truck drivers and also in key sectors of the British economy, such as poultry farming.

In recent days and despite calls from the government not to panic, gas stations have been hit by a storm due to an out-of-stock that is also affecting the shelves of agri-food products.

This decision to reopen the doors to professional immigration runs counter to the line defended by Prime Minister Boris Johnson whose government continues to insist that the UK is no longer dependent on foreign labour.

For months, the government tried to avoid it, despite warnings from many economic sectors and an estimated shortage of 100,000 truck drivers. In addition to these work visas, other exceptional measures must be taken to ensure supply before the Christmas holidays, as explained by the Minister of Transport, Grant Shaps.

Defense examiners will be mobilized to pass thousands of heavy goods vehicle licenses in the coming weeks. The Ministry of Education and its partner agencies will release millions of pounds to train 4,000 truck drivers by setting up training camps to increase the pace.

Grant Shapps also called on employers to play the game “by continuing to improve working conditions and wages to retain new drivers.”

Under pressure, the government will overcome the withdrawal of all heavy vehicle license holders: A million letters must be sent to ask those who do not drive to return to work.

Boris Johnson was facing mounting pressure. The COVID-19 crisis and the consequences of Brexit have exacerbated the shortages accompanied by rising energy prices. Factories, restaurants and supermarkets have been affected by a shortage of truck drivers for weeks and even months.

Fast food chain McDonald’s ran out of yogurt and drinks last month. Rival KFC has been forced to remove items from its menu, while Nando’s chain has temporarily closed dozens of restaurants due to a chicken shortage.

Olivia Gregoire sarcastic and denounces ‘Beep in the Meadow’