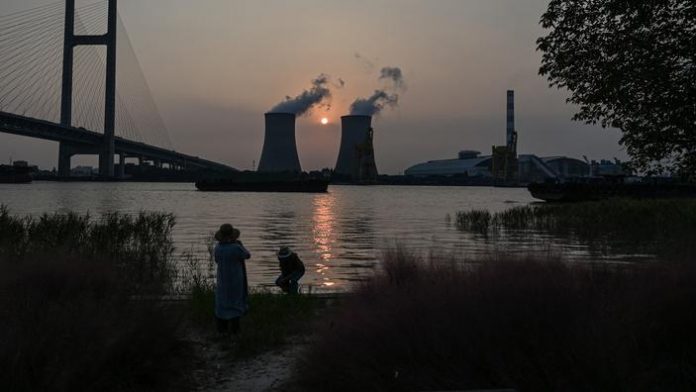 China’s major state-owned energy companies have been ordered to make sure they have enough fuel supplies for the upcoming winter at all costs, according to a report released Friday, as the world’s second-largest economy faces serious challenges. affect its growth. Bloomberg News, citing sources familiar with the matter, reported that Vice Premier Han Zheng asked energy companies to ensure there was enough fuel to run the country and that Beijing would not tolerate blackouts.

Han Zheng, who oversees the country’s energy sector and industrial production, was speaking at an emergency meeting this week with officials from the Public Asset Regulatory Authority, the Planning Agency, and Beijing’s economy, the same sources said. Data released on Thursday showed Chinese factory activity contracted last month for the first time since February 2020.

Han Zheng’s statement raised concerns that already high commodity prices could rise further. The country suffers from widespread power outages that have resulted in the complete or partial shutdown of factories, affecting global production and supply chains. There are many reasons for this, but they are mainly related to the huge dependence of the Asian giant on coal – which provides 60% of its electricity production.

More than a dozen provinces and regions have had to impose restrictions on energy use in recent months. For Bjarne Schieldrop, an analyst at SEB, this seems to mean “We are not in any way on the eve of calm. Instead, it looks like things are going to get even crazier». «They will do everything they can to win an auction for a shipment of coalOr liquefied natural gas, he added.

Read alsoNuclear: China is ahead of France

The power shortage prompted banks Nomura and Goldman Sachs to cut their growth forecasts for China this week as they expect further disruption to supply and production chains. Factories that supply multinationals such as Apple and car maker Tesla are among those affected and forced to halt production. In Dongguan, a sprawling factory city where millions of workers work, many employees had to revise their schedules.

Chinese coal futures hit an all-time high on Thursday, as the country faces a fuel shortage as the National Day approaches and many factories are closed during the week.