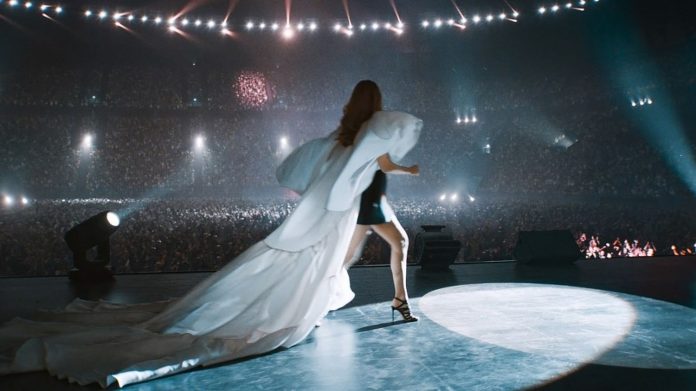 In France, “Aline” inspired by the life of singer Celine Dion made a very good start in theaters with 900,000 people accepted in its two-week run. Critics also praised the quality of this film directed by Valerie Lemercier. in Quebec, Le Devoir . receivedDuring the screening of the film at the Cannes Film Festival, Celine Dion’s “Loyal Man” is “very close to reality.”

Across the Atlantic, the singer’s family greeted the film completely differently. before Theatrical performance of the movie “Aline” on November 26 in Canada, the home of the artist Celine Dion, the artist’s brother and sister expressed their bitterness. “I don’t recognize the language, I don’t recognize my family, I don’t recognize our roots”On Tuesday evening, Claudette Dion, the sister and godmother of the international star, said. She was a guest, along with their brother, Michel Dion, on a popular Quebec talk show on Nouveau TV. Claudette and Michelle Dion denounced a “Teaser does not pass” And the sights that go “so far”. According to them, Valerie Lemercier “You paid a bad trip against the backdrop of Celine’s life!”. “My mother never spoke that way to Renee, and Celine never wanted anything. We look like a gang (squad, editor’s note) of the angry”and hung.

Le Devoir noted in his review thataline She sheds light on how Celine Dion was at times “He plays around with him.”

The film is directed and starred by Valérie Lemercier, based on the life of the Canadian singer. It tells the story of Alain Dio, a Quebec singer who rose to superstar status thanks to her exceptional voice. “The movie we saw, Claudette and I, isn’t exactly what we thought”The reaction of Michel Dion, who accompanied Celine Dion on tour for 30 years as a stage manager.

Celine Dion hasn’t publicly stated her opinion about the movie and nothing says she’s actually seen it. The French director hopes the singer will look at him to make up her mind. On November 21, Valerie Lemercier explained to TV Quebec that she wants to make a movie Touching and funny, like Celine Dion. “I hope you see The care we all took to pay tribute to him.”, she said, adding to hope “To see her one day and you will satisfy her”.

BTS, Permission to Dance Onstage Online: Tutorial on How to Buy...