Persia Digest
Home World Clashes on the border with Azerbaijan, Armenia asks for help from Russia.... 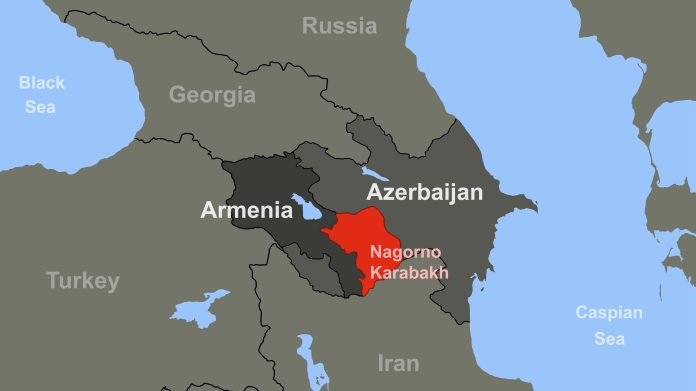 Azerbaijan and Armenia reached a ceasefire agreement starting this morning. This was reported by the Azerbaijani media, which was relaunched by the Russian Agency RIA NovostiWhile from Armenia there are no confirmations yet. In the evening Security Council FromArmenia He decided to seek help from Russia to aggravate the situation on the border withAzerbaijan. The Armenian CabinetQuoted from the Russian Agency tax. “We have decided to file a formal appeal to Russian Federation In order to implement provisions Treaty of Friendship, Cooperation and Mutual Assistance. There will also be an appeal toCollective Security Treaty Organization (OTSC) and all United Nations Security Council Regarding the aggression on our sovereign territory, ”the Armenian Cabinet announced. Since tonight, the two countries have accused each other of border clashes, which are said to have resulted in some casualties.

Turn last week Armenia accused Azerbaijan One of his soldiers was killed in an exchange of fire on the border. While in August Azerbaijan He claimed to have lost a soldier and was talked about by the Karabakh army Two dead and dozens wounded In some clashes. Azerbaijan and Armenia have fought two wars over the years ninety In the 2020 – in the area Nagorno Karabakh, the Armenian enclave of Azerbaijan. The two countries have Occurred Peace treaty under Russian leadership. Azerbaijan It is one of the countries that pledged to provide more gas to Europe And the to Italy.

Phone call between Putin and Yerevan

The press service of the Council of Ministers announced that the Armenian Prime Minister Nicole Pashinyan Had a phone conversation with the Russian President Russian President Vladimir Putin. “The Prime Minister gave details about the provocative and aggressive actions of the Azerbaijani Armed Forces in the direction of the sovereign territory of Armenia. It begins at midnight and is accompanied by Bombing From Artillery And the Large-caliber firearms. The Prime Minister considered the actions of the Azerbaijani side unacceptable. He stressed the importance of an appropriate response from the international community, “as stated in a statement. The Council of Ministers notes that the two parties agreed on this. Maintain operational connectivity.

This beautiful lucky plant not only attracts money but is useful...