Persia Digest
Home World In the fight against discrimination, France crushes the Council of Europe campaign... 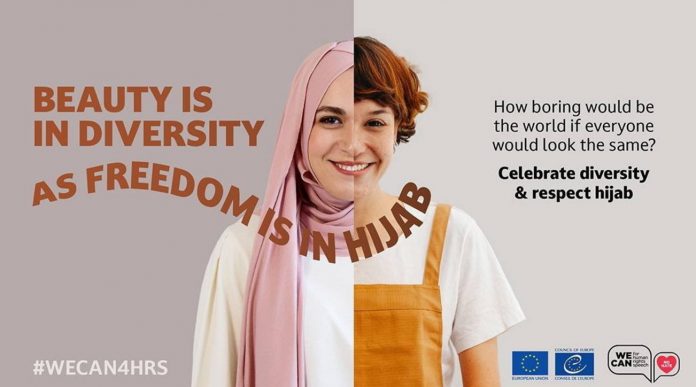 To point the finger at the campaign on behalf of the Paris executive was Under Secretary of State for Youth Affairs Sarah El-Hairy, who described the picture of the woman divided in two as “extremely shocking”. “It is the opposite of the values ​​that France defends,” said MoDem, a spokeswoman for the centrist movement, and explicitly demanded “a complete withdrawal and not to publish this campaign either on the site or on social media.”

The French far-right reacted against the Strasbourg Initiative. “When women take off the niqab, they are free, not the other way around,” National Rally leader Marine Le Pen wrote on Twitter.

The controversy also reached the press room of the European Commission, given that Brussels co-financed the campaign. But an EU spokesperson made it clear that the EU executive had not “validated” its contents, since the Council of Europe has an independent role.

A hive of controversy, but the Council of Europe ended up with it. “The tweets have been canceled – we explained from Strasbourg – and we will consider a better presentation of the project.”

See also  If they look at us that way, it's partly because of us