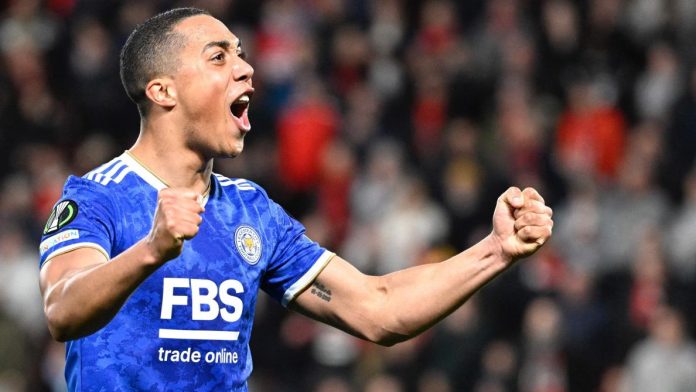 yThursday at 6:45 pm, the first shots of the return matches of the 16th round of the Conference League were played. Of these, Leicester lost at Rennes 2-1, but the Foxes nevertheless reached the quarter-finals with a 2-0 win in the go.

Rennes pressured Leicester at the start of the match, and opened the scoring through Beauregaud (1-0, 8). On appeal, Fofana reassured the visitors though with a head-kicked corner into the back of the net (1-1, 51). Flavian Tait’s goal a quarter of an hour later (2-1, 76-) led to a tense end to the match but Rennes did not find the goal necessary to force overtime.

Yuri Tillmans started and played the entire match for Leicester, while Timothy Castagne missed the match with a thigh injury. On Rennes’ side, Jeremy Dooku did not appear on the match sheet either, due to a calf injury.

Meanwhile, PSV Eindhoven won a very big 0-4 victory on the grounds of FC Copenhagen. The Dutch thus retained their place in the Conference League quarter-finals after a brilliant tie in the first leg, 4-4. Zahavi (10th) then Gotze (38) put PSV into orbit in the first period. Then Zahavi doubled his personal tally (79), before Madujiki put the icing on the cake in injury time (90 + 1).

Marseille striker Basel accompanies Leicester and Eindhoven in the quarter-finals.

Robert Lewandowski: Bayern Munich confirms that he will not renew his...