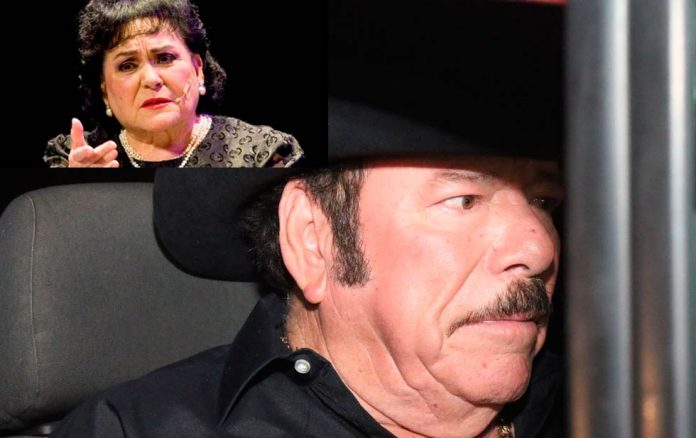 After the photos that spread in the networks in which Lalo Mora appears touching the chest of a follower, Carmen Salinas did not remain silent.

The actress blew up against the Nortino singer and attacked him.

The producer also expressed her complete dissatisfaction with the interpreter’s behavior during her interview with Hoy.

Hello, Mr. Lalo Mora, you are nonsense! Now I’ll give my opinion, look, I don’t have an opinion, but I think now because it gave me so much courage, a little girl went to (take a picture)… to put her hand in the lap! … Who are you? Dirty, filthy! To do that to all the ladies, I touch them, I put my hand wherever I want, you idiot! ‘ she said furiously.

Emphasizing that all women deserve respect, Carmen was upset to believe this could happen to a member of her family. “And yes I say to you, and I tell you face to face, because I am a mother and I am a grandmother, and I have 6 granddaughters, and I think an idiot like you would help them… make me crazy… Who are you to pick up those poor little creatures that go and take a picture with you?, bastard, you bastard dirty! “.

Finally, Salinas gave an example to his colleagues in the art world, stating that he was the only one with such behaviors. “I don’t see my fellow singers doing that, other singers, I haven’t seen them do such bad things, who does that?…You’re sick!”