Persia Digest
Home science Discovery thanks to a hoax: a planet beyond the Milky Way was... 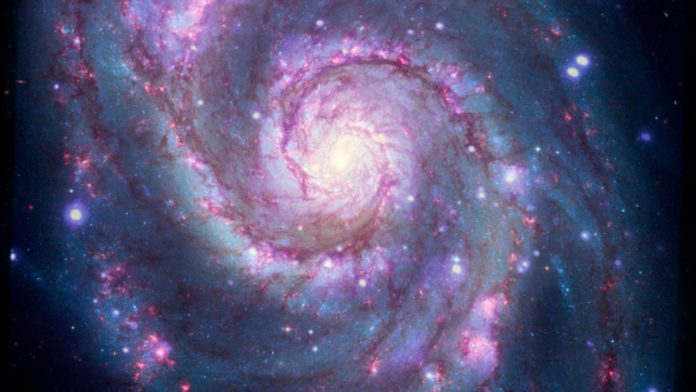 Thousands of planets have already been discovered near other stars – but always in our own Milky Way. Now, for the first time, researchers are tracking a potential planet in a galaxy 23 million light-years away. They succeed in discovering with a special trick.

Astronomers have now tracked nearly 5,000 planets in other stars – all in our own Milky Way. Now, for the first time, an international team of researchers has reported the possible discovery of a planet roughly the size of Saturn in a distant galaxy. The extragalactic planet gave itself up because it passed Earth in front of the X-ray source and made it turn off for such a short time. As the scientists reported in the journal “Nature Astronomy”.

“Planets in other galaxies cannot be detected by commonly used methods,” write Rosanne Di Stefano of the Harvard and Smithsonian Center for Astrophysics in Cambridge, USA, and colleagues. To do this, the star around which the planet orbits must be visible. Using automatic telescopes, astronomers around the world are looking for planets that either cause their star to wobble slightly with its gravity or occasionally pass in front of it, thus causing a measurable decrease in its brightness.

Di Stefano and her colleagues have extended this concept to another type of celestial body: X-ray binary stars. There, an ordinary star and a compact object orbit each other – a neutron star or even a black hole. Matter from an ordinary star flows into the compact body – this creates x-rays. This can be detected at much greater distances than the natural light from the star.

Look for any abnormalities in radiation

In archive data for the Chandra and XMM-Newton X-ray satellites, researchers looked for anomalies in radiation from X-ray binary stars in three galaxies. They found what they were looking for in the galaxy M 51, which is 23 million light-years away: the radiation from the M51-ULS-1 X-ray source suddenly disappeared completely during the measurement on September 20, 2012 – for about three hours. Then it suddenly reappeared.

From the duration of the X-ray source eclipse and known data of the double star, the researchers created a model of the system that could reproduce the observations. Accordingly, it orbits a planet the size of Saturn that orbits the binary star at a distance of ten to one hundred times the distance between the Earth and the Sun. At this distance, it is also plausible that such a planet would survive the formation of a neutron star or a black hole from a massive star, according to scientists.

See also  Two speeds of sound: The first sound recordings from Mars have been evaluated

Test The King of Fighters XV