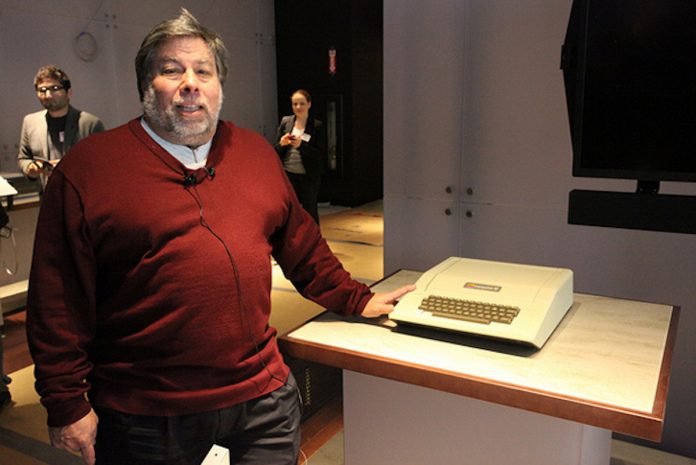 Apple co-founder Steve Wozniak has given his support for the right to overhaul motion, amid ongoing battles between tech giants and users of their products. “I still fully support this movement, and I think the people who support it are doing the right thing,” Steve Wozniak said in a recent video for Cameo. And to appreciate that “we wouldn’t have Apple if I hadn’t grown up in a very open tech world”.

The video was filmed in response to a question posed by equity activist Louis Rosman. Steve Wozniak alludes to his own experience as a young engineer, and to the fact that open source technologies have been instrumental in his ability to learn as an engineer.

For him, the ability to self-repair allowed him to manipulate the TV input and show the world that “the future of personal computers is all about the keyboard and the TV.” Steve Wozniak remembers that when the Apple II computer came out, it came with full schematics, software, source lists, and code lists.

“The Apple II was fully customizable and expandable. People figured out how to convert the first screen to lowercase (…) and this product was Apple’s only source of profit for the first ten years of the company’s life; it was not a by-product (…) ) There was a lot of good in the fact that it was so open so everyone could join in in the fun,” he says. Recalling that “sometimes when firms cooperate with others, they can actually have a better business than if they were entirely preemptive and monopolistic.”

The engineer also takes the opportunity to ask why the tech giants are revoking the right to repair from users. “I think corporations are forbidden because it gives them power and control over everything, and I think in the minds of many people, power over others equals money and profit.”

For years, repair rights groups have accused the Cupertino giant of keeping independent companies out of the ability to repair Apple products, and of designing products in a way that discourages repair. In 2019, Apple launched an independent iPhone repair program, to provide independent phone repairers with access to genuine Apple parts, training, and tools. The company did the same last year, giving third-party repair shops access to parts and resources to repair Macs.

The program was initially only available in the United States, before expanding to Europe and Canada last year. In March, Apple announced that the program would extend to more than 200 countries, almost all countries where Apple products are sold. At a news conference earlier this week, the White House reported that US President Joe Biden is set to sign a new executive order aimed at preventing manufacturers from preventing people from repairing equipment themselves or through independent repair shops.

The reform law, while primarily targeting growers and farm equipment, is also expected to have broader implications for all consumer electronics. New rules have also been introduced recently to allow some electrical appliances sold in Europe to be repaired for up to 10 years. This includes all new washing machines, hair dryers, refrigerators, and monitors – including televisions.

If the “right to repair” has been a reality since last March at the EU level, France has also adopted a series of measures to force electronic equipment manufacturers to engage more in the circular economy. This includes in particular the circular from the beginning of the year of the obligation of sellers of electrical and electronic equipment to display a “repairability index” on product packaging, in order to inform the user of their ability to repair the product if a problem occurs.