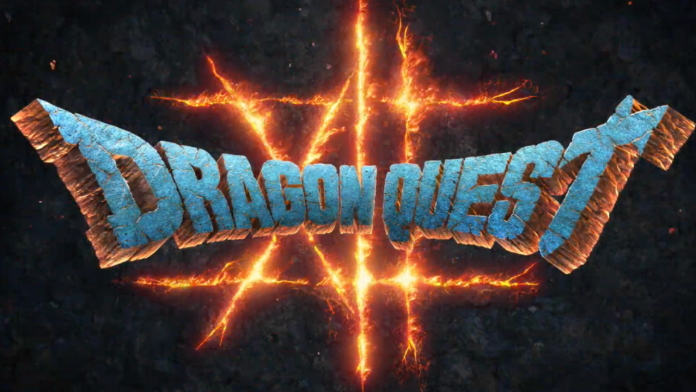 Square Enix officially announced the next installment in the long running Dragon Quest series during its 35th anniversary. The title is called Dragon Quest XII: The Flames of Fate, and it appears to have a darker tone than previous entries in the franchise.

While Square Enix didn’t show any screenshots from Dragon Quest XII, it did share the game’s logo, which you can check out below. The release date or platforms have not been confirmed, but according to series creator Yuji Horii, the company is aiming for a global release of the game.

Horii mocked that the theme of Dragon Quest XII is having options and choosing your own gameplay, indicating that the game will be more open than the previous installments. Hori also mocked that there are decisions made by the character that could change the entire game.

While there weren’t many tangible details, Hori confirmed that Square Enix would rock some of the core elements of the series with Dragon Quest XII. In particular, the developers will change the long-standing command battle system. Hori didn’t share any more details than that, but quipped that the orders wouldn’t be deleted entirely. You can watch the Dragon Quest XII trailer below.

Horii first spoke about Dragon Quest XII in January 2020. However, at the time, he did not share any details about the game, only confirming that it is “still far” from the release. “Happy New Year. There’s a lot I can’t say in the message below, but for Dragon Quest XII it’s still a long way off. However, there might be something we can announce before that. Please continue to support us this year, too,” he wrote Hori Twitter (As translated by Siliconiera).

Before that, the last major Dragon Quest game was Dragon Quest XI: Echoes of an Elusive Age, which was originally released in the West for PS4 and PC in 2018. A Nintendo Switch port called Dragon Quest XI S arrived the following year with additional content, Including 2D mode from non-local 3DS version. This version of the game was later ported to PS4 and PC, as well as Xbox One in 2020.