Persia Digest
Home Economy Due to a staff shortage, Heathrow, Gatwick, Frankfurt and Amsterdam-Schiphol airports are... 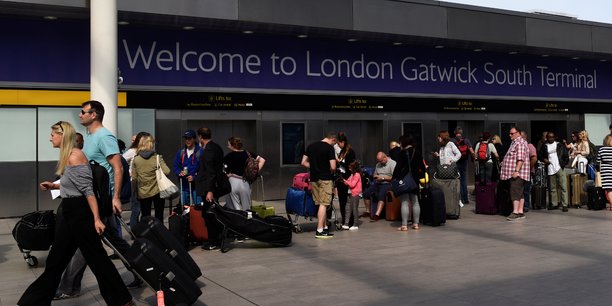 This is a new blow to air transport. The sector, which has been hit hard by health restrictions linked to Covid-19, has started to raise its head and even anticipate a return to activity for roughly the summer in terms of pre-pandemic traffic. But for several months, while demand surges, airports, like businesses, struggle to hire. The upshot: Several major European hubs recently announced that they will limit flights this summer.

Attracting talent is the biggest challenge for aviation

In London, after Heathrow, it was the turn of Gatwick Airport (the third British airport in terms of the number of passengers carried before the pandemic) to announce a decline in its activity. Thus, this center in London announced on Friday in a press release that it is going to ” Temporarily moderate its flight growth rate for July and August ’, particularly with regard to its capabilities as baggage handlers. There will be 825 daily flights in July and 850 in August, so customers can count on more.” trusted He adds Gatwick, which operated nearly 900 daily flights in the summer months before the pandemic.

The airport evokes Serious shortage of staff This will affect a number of Gatwick-based airlines or ground service providers this summer. ” If this issue is left unaddressed, you will see airport passengers suffer from unreliable and possibly poor service, with more queues, delays and last minute cancellations. warns Gatwick, who wants to prevent, not cure.

The main use of Gatwick, the airline Easyjet wanted to reassure its customers: “ Due to the high frequencies of our services to and from Gatwick, we expect to be able to place the majority of customers On another trip if they are affected by the traffic cuts.

Gatwick isn’t the only one limiting traffic this way. Similar measures will be implemented this summer at Frankfurt Airport and another major London airport: Heathrow. On Thursday, Amsterdam Schiphol Airport also announced that it will limit the number of passengers this summer.

« Failure to intervene may result in unmanageable queues and many travelers will miss their flights The airport said, adding that This would lead to dangerous situations for travelers and staff ». « Schiphol has asked airlines and travel agencies to limit the number of passengers that can take off from the airport each day He continued in a press release.

The airport said the maximum number of passengers Schiphol can handle will vary by day and will reach 67,500 on its busiest days in July and up to 72,500 in August.

After health restrictions are lifted, Schiphol says it expects 60 million passengers this year, up from 25.5 million in 2021, but more travelers passed through the airport during spring break and summer holidays promising to be busier.

“We are taking this action with a heavy heart,” Airport Chief Executive Dick Pinchob said in a press release. “Everyone at Schiphol and all our partners want nothing but to welcome all travelers with open arms, especially after the impact of Covid,” he added.

For its part, the Dutch Association of Travel Agencies (ANVR) warned that it will take legal measures to oblige the airport to compensate for the damage caused by the cancellation of flights.

Facing the same hiring difficulties, after being laid off during the Covid-19 pandemic, several airlines recently announced their intention to also reduce their travel offerings during the summer. This is the case of Easyjet and Lufthansa.

See also  A victim of its own success, Donald Trump's social network struggles to meet demand

BASF wants to build a factory in Bikankur industrial area and...