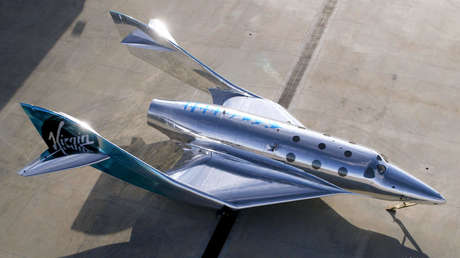 SpaceX founder Elon Musk has wished success to Richard Branson, who will head into space on Sunday aboard his Virgin Galactic’s SpaceShipTwo Unity spacecraft.

VSS Unity will launch at 13:00 GMT from Spaceport America’s space base, located in the state of New Mexico, USA, and will be the 22nd test flight of the spacecraft and the fourth flight of the Virgin Galactic crew.

Branson will be on board to assess the private astronauts’ experience and estimate how they can improve the flights of future customers they plan to offer from 2022. By setting the flight for June 11, the British billionaire will fly into space nine days before Blue founder Jeff Bezos.

Prior to the launch of Virgin Galactic, Blue Origin stated that its competitor’s flight could not be considered space, because the ship would not reach an altitude of 100 km and therefore would not cross the Karman Line, considering the atmospheric split. and outer space.

Branson’s previous flights exceeded 80 kilometers, and the last manned flight reached 88.5 kilometers at its highest point. NASA, the Federal Aviation Administration, and the US Air Force all recognize the 80-kilometre, or 50-mile, limit as the beginning of outer space.

Photo – Bruno Le Maire driving a Lamborghini confiscated from a...