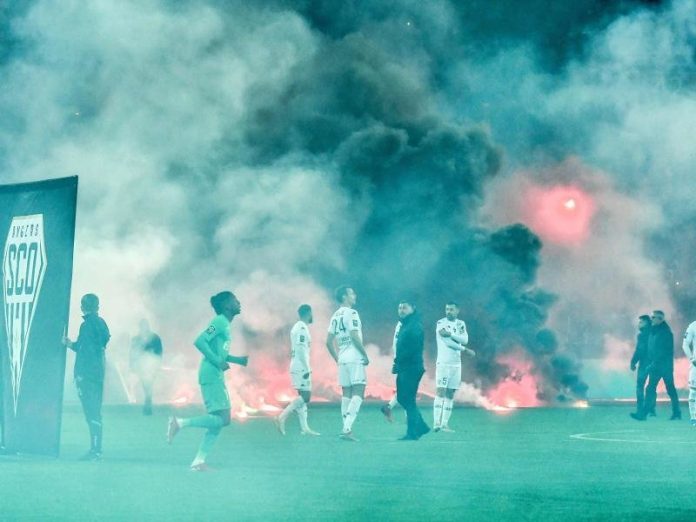 The match between AS St.Etienne and SCO Angers started on Friday night less than an hour late after spectators left the stands and threw several fireworks and smoke bombs onto the lawn after the players entered.

A thick fog passed through the stadium, and the professionals and referees first returned to the dressing room. Several police officers stood at the edge of the square. The photos showed how it was clear that the damaged nets had to be repaired afterwards. At Stade Geoffroy-Guichard a message has been sent that the game will be canceled if the smallest incident occurs again. The game started just before 10pm. Saint-Etienne fans protested against coach Claude Puel over the posters and blamed him for the sporting misery at the bottom of the table.

Recently, there was a series of riots at the Ligue 1 games. At Angers-Marseille, fans of the two teams attacked each other. The fans bumped into each other, and things flew through the air. During a match in Montpellier, club fans attacked the bus with opposing fans from Bordeaux.

At the Norderby Lens against Lille, fans stormed the field at the end of the first half and clashed, and stadium seats were thrown. There were many wounded. At the end of August, there was a similar scenario in the match between Nice and Marseille, where fans after provocations also ran to the field and became violent.