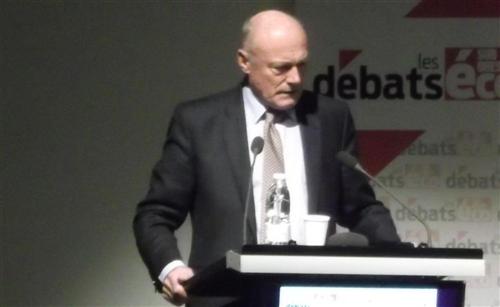 (Boursier.com) — The Nouvelle-Aquitaine region has received an “AA” financial rating from Fitch Ratings, the highest possible rating for a French local authority. Alain Russett, president of the Nouvelle-Aquitaine region, and Sandrine Derville, vice president in charge of finance, welcome the financial rating set by rating agency Fitch, from AA.” Both point out: This financial classification is equivalent to that of France and represents the best classification that can be given to the French regions.

In its press release, Fitch emphasized the strength of the Territory’s financial position, the quality of the forecast, and the control over its financial ratios, particularly its ability to reduce debt and its savings, which have returned to their pre-crisis level.

“This rating is excellent news because it places Nouvelle-Aquitaine among the best-rated regions in France and is equivalent to the regional financial strategy adopted for several years. This financial rating obtained, better than the previous rating, shows that the region is capable of facing various reforms and crises in a responsible manner, While ensuring a sustainable level of investment to be at the heart of industrial and ecological transformations, and to make youth a priority. Allow us to resist the difficulties associated with the uncertainties of the economic context,” comments Alain Rossett who concludes: “Our political ambitions contribute to the attractiveness of an entire region, and support and enhance the creation of opportunities work, keeps pace with technological leaps. The Nouvelle-Aquitaine region is experiencing significant demographic growth and is responsive to the needs of new public services such as high schools, despite the context of inflation, and will continue its commitments to make New Aquitaine the first environmentally responsible region.”

See also  In Lyon-Part-Dieu, vaccination against Covid-19 is declining |

Amancio Ortega hands over the reins of Zara to his daughter

Better Ways, the new ‘Signature’ that says a lot about CMA...