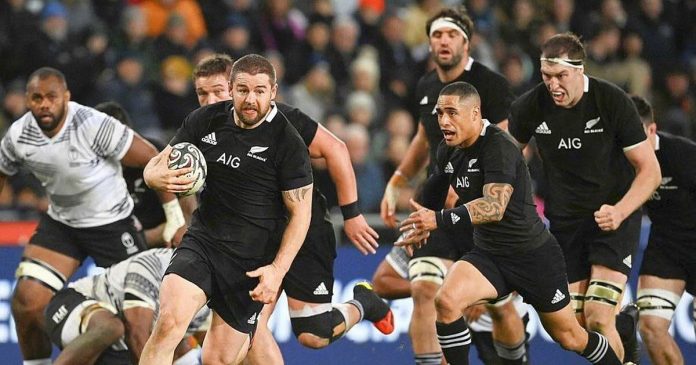 New Zealand are in good shape and showed it again Friday night against Fiji in Dunedin (57-23).

The All Blacks scored four out of nine attempts in the final quarter of the hour, following the replacement of prostitute Dane Coles, author of the quad.

But the Fijians, who were playing their first match this year and their second since the 2019 World Cup, have given them great resistance so far.

The start of the match heralded a healthy run for New Zealand, with three attempts in 12 minutes, one from full-back Jordi Barrett and two from David Haveli from three quarters.

La Rochelle’s center teammates Livani Botia, captain of the team, did not give in to his return to competition after his red card in the European Cup final.

Famous for flashing their ass, they scored three attempts forward, thanks to Albert Tuiso, Meisulam Konavola and a penalty kick after a ball was dropped by the lions in front of their line.

Collectively superior New Zealand, who scored second row return Brody Ritalik after independent work in the Japanese championship, hit the accelerator at the hour mark to take off.

So the first victor as half scrum captain was Aaron Smith, who had to wait until 32 and his No. 98 black jersey pick to see the honor.

The two teams meet again next Saturday in Hamilton, New Zealand, before the All Blacks face Australia three times in August.

See also  Inter beat Spezia with a goal from Lautaro Martinez: the strange definition of the Argentine striker