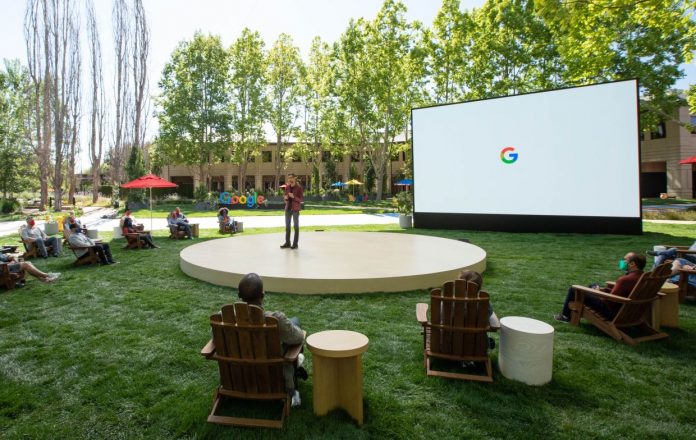 Google has introduced new privacy features for its various services, which allow you to delete your search query history within the past 15 minutes.

In addition, you will be able to set up password protected folders in the Photos app, in case you want to make sure that sensitive files are not seen by others.

These two announcements were among the many announced at Google’s annual I / O developer summit, which was held online this year amid the ongoing pandemic.

Unlike online events from Apple and other tech companies, the presentation was not pre-recorded but was broadcast live on Tuesday from a small platform on the company’s headquarters grounds.

Google is particularly focusing on its progress in developing machine learning and artificial intelligence, and is promoting the new Lamda program, which can have a more accurate conversation with a human.

The program can answer random questions such as whether there are actually visitors on Pluto or how far the kite can fly.

Google chief Sundar Pichai said the answers are not predetermined, but rather generated by the software on the basis of existing information.

Pichai said the dialogue technology is still being researched, but that over time it should be integrated into various products such as Google Assistant.

In the coming weeks, Facebook and Apple developer conferences will follow, also in an online format. For tech giants, annual events traditionally are an important opportunity to give insight into their strategy to an audience of thousands of developers. – d b a

See also  Hearthstone reveals its next expansion in the coming days!

The VisionFive V1 single-board computer picks up RISC-V where the BeagleV...