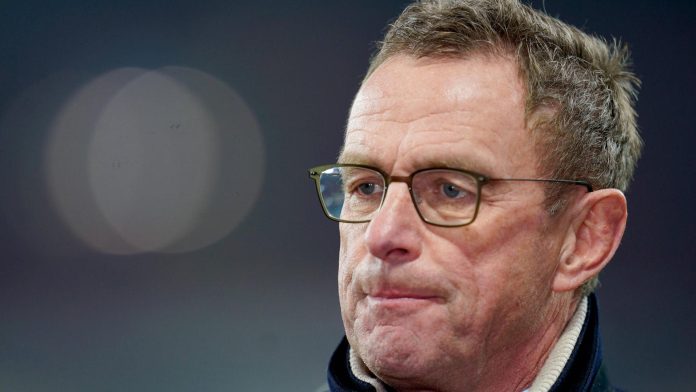 Manchester United did not win the Premier League in two matches. In the match against Aston Villa, Rangnick’s team was not even ahead by two goals.

German coach Ralf Rangnick suffered another setback in the Premier League with Manchester United. The record champions lost their two-goal lead to Aston Villa on Saturday and only managed to score 2-2 (1-0). Former Bayern Munich player Philippe Coutinho (2019-2020) scored a goal on his debut with Aston Villa.

Thanks to Bruno Fernandez’s double (sixth minute / 67), the guests, with star Cristiano Ronaldo absent due to injury, took the lead at Villa Park. Fernandes’ first goal benefited from a curious error by Villa goalkeeper Emiliano Martinez, who hit the ball between his legs.

Jacob Ramsey (77) scored the goal. Then substitute Coutinho, who entered in the 68th minute, scored the equalizer (82). The commitment of the Brazilian, who is on loan from Barcelona until the end of the season, was not determined until Wednesday. Coutinho played with Aston Villa coach Steven Gerrard at Liverpool years ago.

The two teams faced each other in the FA Cup on Monday. Rangnick advanced to the next round of the cup with a lucky 1-0 win at Old Trafford. Aston Villa canceled two goals in the match. Earlier, Man United had lost 1-0 at home to Wolverhampton Wanderers in the league. The club finished seventh in the table on Saturday night.

See also  "They only have one player to make the difference", criticism of the former player from Uruguay to Colombia