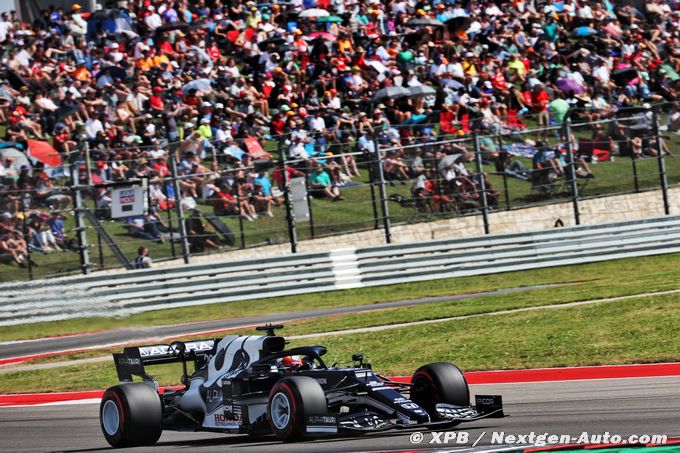 After a Friday, with his own inclusion, much harder, Pierre Casley made up for qualifying in Austin this Saturday. The French went to Q3, finishing 9th and sticking 8th tenth to his partner Yuki Sunoda.

He will even start the 8th day tomorrow with a penalty from Valteri Potos: Is it enough to target a few points for a round that Alfadori doesn’t really favor? He talked about Canal + …

“In the car we had this weekend, we were fine. We have 4 leading teams ahead of us, which is a slightly more complicated route than usual.”

“We didn’t have the performance to join them, after which we qualified in Q3 and were able to outperform Alpine, which is definitely our goal.”

The good news for Ogan: Unlike Carlos Science, for example, he will start racing more durable and efficient tires.

“We start with the media, which is the best tire for us.”

“Rain in Q3? I didn’t feel anything. It was too small to do anything.”

However, will the racing speed of the Alpha Touri be enough to face Alpine Stephen Ogan, who will start 11th?

“Yesterday it was true that it was more complicated in FP2. Today we made some changes in the right direction. We have to have the performance to get some points. We will try to keep up the pace, we have good tires to race, so there is a way to get some points.”

LIGA – Three penalties were awarded, but Barசாa continue against Levante