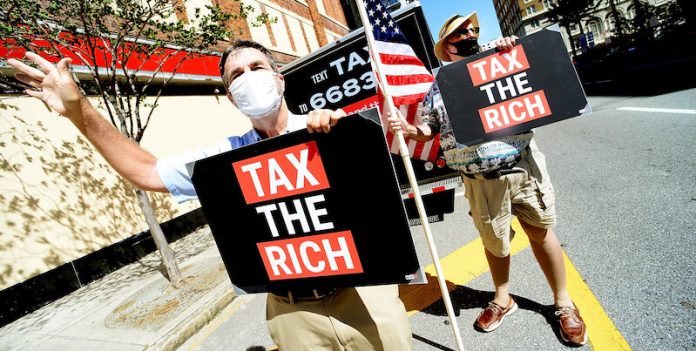 On Thursday evening, representatives from 130 countries They found an agreement To impose a global minimum tax on the profits of large multinational corporations and reduce tax evasion which has so far allowed many companies to pay very little or no tax in many of the countries in which they were active.

The agreement had strong support from the US administration of Joe Biden and was coordinated by the Organization for Economic Co-operation and Development, the organization of 35 of the world’s most advanced nations, including Italy. Many of the elements of this agreement It was already made clear by the G7 finance ministers last monthBut Thursday’s deal is important because it includes some of the world’s largest economies such as China, India and all G20 member states in general.

The general idea of ​​the agreement is that multinational companies will have to pay a tax of at least 15 percent in each of the countries in which they operate. This is to avoid those companies, as they have often done until now, creating complex schemes to move most of their profits to states where the tax level is low, pay taxes there and avoid doing so in those that do. their businesses, which may have higher tax levels.

In practice, however, the convention has many exceptions and compromises. First of all, various productive sectors are excluded, such as mining, oil, shipping, and part of the financial services sector. Moreover, the agreement will be valid only for companies with global revenues of at least 20 billion euros annually and a profit margin of at least 10 percent: such as The Wall Street Journal, This means that the participating companies There will be about a hundred, which largely belongs to the fields of technology, fashion and pharmaceuticals.

The agreement states that individual sectors of the company are also subject to the new global tax. For example, although Amazon generally does not meet the standards of the agreement, Amazon Web Services, and its service segment for cloud computing, which instead has a profit of more than 10%

Of the 139 countries involved in the negotiations that account for more than 90 percent of global GDP, only nine (nearly all tax havens) have not signed the agreement: Ireland, Estonia, Hungary, Barbados, Saint Vincent and the Grenadines, and Sri Lanka. Nigeria and Kenya. Peru also did not sign, not because of its opposition to the project but because at the moment it does not have a government that could.

According to the Organization for Economic Co-operation and Development, global governments lose between 85 and 200 billion euros in tax revenue each year due to corporate avoidance. The new agreement could guarantee €125 billion in revenue and thus allow for a large part of what was lost due to invalidation to be recovered.

The agreement is expected to enter into force in 2023. Its details will be clarified next week at the G20 meeting in Venice, and then at the next meeting of the group of 139 countries, which will be held in October.

The deal is a victory for the Biden administration, which has long planned to raise taxes on multinational corporations in the United States, and as a result is trying to create fairer deals globally to prevent corporate flight. Janet Yellen, Treasury Secretary, said the deal would end the “trough competition” that has prompted many states to cut corporate taxes more and more to try to attract investment.

Several European countries were also satisfied: French Finance Minister Bruno Le Maire called the agreement “historic”. In recent years, France and other European countries, frustrated with the slow pace of global tax negotiations, have imposed their “online taxes” to tax multinational tech companies. Under the agreement reached Thursday, with the approval of the new global tax, “web taxes” for individual states should be removed.