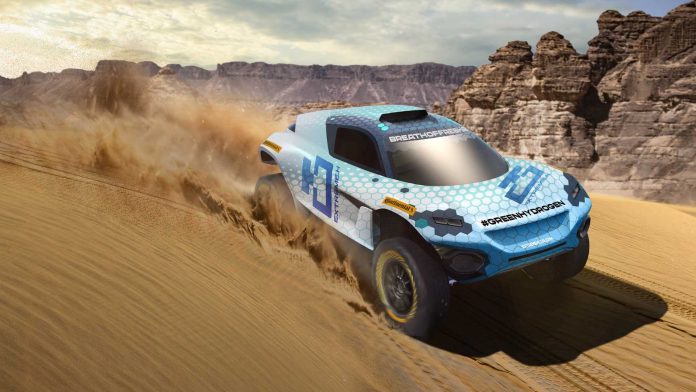 As the Extreme E Championship, which puts electric off-road prototypes on the track, prepares to start its second season this weekend, organizers are announcing a parallel series with machines whose electric motor will be powered by a combustible engine.

After launching Formula E – with electric single-seaters – Alejandro Agag became the initiator of the Extreme E Championship, which pits electric buggy-type prototypes against each other on diverse and varied terrains. The French Sebastien Loeb is one of the heroes of this system.

As Extreme E prepares to open its second season this weekend in Saudi Arabia, Alenjandro Agag has announced a hydrogen version of this tournament, Extreme H, for 2024.

The two tournaments will develop over the same weekend in parallel.

Regulators specify that this fuel cell will run on “green” hydrogen sources, created by combining solar energy with water.

Extreme E is designed to be a testing platform for mobility innovations and solutions. Alejandro Agag said. “It is becoming increasingly clear to us that the creation of the hydrogen racing series is a natural progression of our mission, which is to demonstrate the possibilities of new technologies in the race to combat climate problems.”