Persia Digest
Home World In Bulgaria the center-right has won, but it is difficult for them... 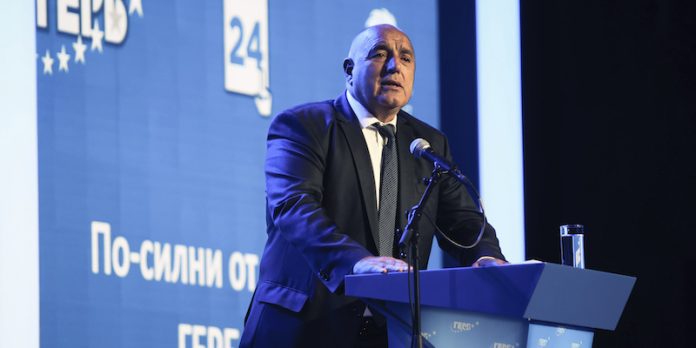 Parliamentary elections on Sunday in Bulgaria won From the center-right party of former Prime Minister Boyko Borissov, Citizens for European Development in Bulgaria (GERB, centre-right). He received 25.3 percent of the vote, compared to 20.2 percent for the party We Continue to Change, with a progressive orientation. So it is likely that the government position will be handed over to Borisov, who may have great difficulty in obtaining a majority.

Boyko Borissov, 63, was prime minister from 2014 to 2021, but his public image has been seriously compromised by allegations of corruption and collusion with organized crime and racism, among other things. It is precisely for this reason that it is difficult for him to obtain the support of other parties in Parliament to form a ruling majority: before the elections no party said that it was ready to rule with him, and things will not change now.

Before Sunday, voting had already taken place in April, July and November 2021. The last elected government was the one expressed in the November 2021 elections: The winner was We Keep Changing (PP)a pro-European, liberal party that had formed just a few months earlier and was led by Kirill Petkov, an economist at Harvard University who promised to rid Bulgaria of the massive corruption problems that characterized governments in past years.

Petkov became prime minister and formed a coalition government that adopted a strong pro-European and Western policy: among other things, after the Russian invasion of Ukraine, Bulgaria refused to pay for Russian gas in rubles, and in April 2022 it was one of the first European countries to experience a complete disruption of supplies. But in June 2022, the Petkov government fell due to internal disagreements within its shaky coalition, at which point President Rumen Radev intervened, who appointed a new interim government.

See also  Did the Ugandan president's son threaten to invade Kenya via Twitter?

Radev, considered very close to Russia, had appointed as prime minister Glab Donev, who was officially an independent but in fact abandoned all Petkov’s pro-European policies and tried to bring Bulgaria closer to Russia. Now, the most likely hypothesis is that Borisov will try to form a minority government, but it is also possible that Radev will again appoint an interim government to go to new elections in the spring of 2023.

Summer 2021, how will we travel? Boom reservations for holiday...