Persia Digest
Home Economy In Russia, the classification of champagne is reduced to “sparkling wine” 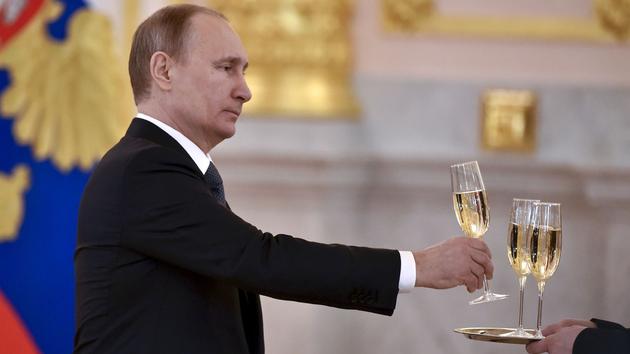 The name “champagne” will henceforth be assigned to the sparkling wine from the country of Vladimir Putin.

This is a decision that risks causing serious surprises for champagne lovers in Russia. And maybe there are no good surprises. Due to a new law signed on Friday 2 July by President Vladimir Putin, the name “champagne” will now be assigned to sparkling wine from Russia. The original French champagne must be satisfied with the designation “sparkling wine”. This is a new test for French champagne, which is regularly under attack and fiercely defends its properties. Determined by Controlled Origin, the champagne must actually come from a very specific vicinity in the area of ​​the same name to be able to claim that name.

However, the action taken by the Russian government risks unforeseen effects. Giant LVMH, which produces popular brands Dom Perignon, Veuve Clicquot and Moët & Chandon, has already warned its local distributors that it is suspending deliveries to Russia due to this new law. “I can confirm that I received a letter of this kind, and it is justified.”Leonid Rafailov, managing director of AST, one of Russia’s leading wine and spirits distributors, told AFP. The director believes, however, that this is a decision “Temporary”, while waiting for the appropriate solution to be found.

To consume their favorite champagne, the Russian oligarch may have to come straight to France. This wouldn’t change their habits much, as the Cote d’Azur was one of their popular destinations during the summer.

Microsoft receives 6,500 complaints per month, due to “fraud” in its technical support

Details about the new Freebot service