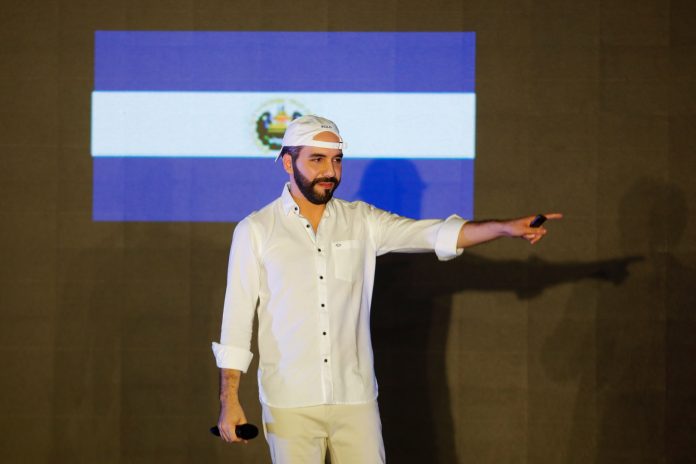 After the International Monetary Fund (IMF) and other organizations criticized the creation of Bitcoin as a legal currency for Salvador, the head of state defended this national experiment, the first of its kind in the world.

El Salvador’s president, Nayib Bokil, responded to criticism from various international financial organizations after his country submitted a legal tender for bitcoin, along with the dollar that replaced the national currency, the colon, 20 years ago.

“What international organizations have called the ‘Bitcoin Experiment’ is nothing more than watching the world see how mass adoption affects a country’s economy,” the Salvadoran president wrote in English on December 23 on his Twitter account. Besides, if all goes well, “it will be the end of paper money.” “El Salvador is the spark that lit a real revolution,” concluded the 40-year-old leader.

What international organizations have called “The # bitcoin experience”, is nothing more than a scientist who watches how mass adoption changes a country’s economy.

If that’s for good, the FIAT game is over.

El Salvador is the spark that lit the real revolution.

On September 7, despite protests and warnings from the International Monetary Fund (IMF), El Salvador became the first country in the world to adopt bitcoin as a legal currency. The head of state, at the origin of monetary reform, ensures that this will allow the population to have better access to banking services and will save 400 million bank fees on transfers to the country by immigrants. These remittances from abroad, particularly by expatriates residing in the United States, represent 22% of El Salvador’s GDP.

See also  Due to a staff shortage, Heathrow, Gatwick, Frankfurt and Amsterdam-Schiphol airports are limiting their flights this summer.

The main concerns of international organizations relate to the speculative nature of cryptocurrencies, as well as their work outside international regulations, which can expose the country to operations such as money laundering or tax evasion. In this regard, the Economic Commission for Latin America and the Caribbean (ECLAC) stressed that the Financial Action Task Force (FATF), which oversees money laundering, has highlighted El Salvador.

After initial hostile comments in June, the International Monetary Fund reiterated its position at the end of November by advising against the widespread use of bitcoin, arguing that “its use as legal currency carries significant risks to consumer protection, financial safety and financial stability.” A few days later, the Governor of the Bank of England, Andrew Bailey, in turn, expressed concern about the decision of the government of the Central American country, since he believed that all Salvadorans “do not understand the nature and volatility of the currency of the king.” The World Bank and the Inter-American Development Bank also expressed skepticism and warned El Salvador about the risks of the process.

However, according to the International Monetary Fund, the country’s GDP should grow by 10% in 2021 and 3.2% the following year.

Despite his original and somewhat visceral personality, President Najib Bukele is very popular in his country where a strong majority of Salvadorans approve of his government. Controversy over his politics, recent US sanctions against his cabinet, and his Twitter bio of sometimes presenting himself as “dictator” and sometimes as “CEO of El Salvador” do not seem to have affected his popularity.

According to a survey conducted by the investigation unit of the local newspaper the press Posted on December 15, 85.1% of those surveyed strongly or somewhat support NEP Bokel, Reuters reported. Opposition groups across the country and in the White House have strongly criticized the Salvadoran president for his aggressive style of governance, including the dismissal of Supreme Court justices in May, as well as the attorney general. Moreover, Washington It was approved at the beginning of December by members of the Bukele government Alleged links to corruption cases and suspected gang negotiations.

A few days after these US sanctions were announced, thousands demonstrated on December 12 in San Salvador against corruption and what they see as the country’s authoritarian aberration. American taxpayers should know that their government is using their money to fund communist movements against a democratically elected government […] In El Salvador,” Neb Bukele wrote on Twitter after the protest.

The Salvadoran president, in power since 2019, has shaken up the traditional parties that have dominated Salvadoran politics for 30 years.

How the Medellín, Santander and Risaralda lottery played on January 14