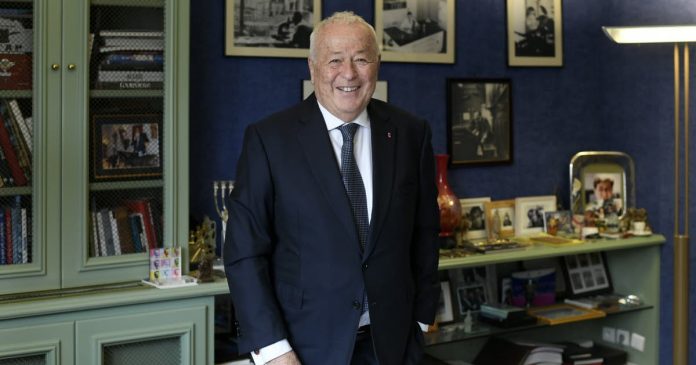 The two companies announced in a joint press release on Friday 1 that the Agnelli family, through its holding company Exor, will acquire a 10% stake in the health specialist Institut Mérieux, for €833 million.he is July.

Exor has identified the health sector as a “new area of ​​growth for its activity” and therefore intends to enter into this long-term partnership with Institut Mérieux, notes the press release.

According to Le Figaro, the families from Turin and Lyon, represented on the one hand by John Elkann, grandson of Gianni Agnelli and CEO of Exor, on the other hand by Alain and Alexandre Meriot, concluded this agreement on Friday in Lyon. The headquarters of the Institut Mérieux.

Therefore, the two holding companies signed a partnership, under the terms of which Exor will receive, by increasing the reserved capital, a 10% stake in Institut Mérieux, which until now was wholly owned by the Mérieux family.

One-third of the booked capital increase of €833 million will be carried out immediately at closing, expected in the summer of 2022, and the balance over the next 12 months.

With Exor entering as a contributing partner at Institut Mérieux, Exor CEO John Elkann, and Benoît Ribadeau Dumas, former chief of staff to Edouard Philippe at Matignon and recently becoming a partner at Exor, will join Mérieux’s board of directors.

Founded 125 years ago in Lyon, Institut Mérieux includes five companies, including bioMérieux, one of the world’s leading companies in medical diagnostics, which generated sales of about 3.4 billion euros last year.

It also includes investment firm Mérieux Equity Partners, which specializes in health and nutrition, which manages a portfolio of over €1 billion in assets under management.

A man armed with a pistol has been neutralized in the...