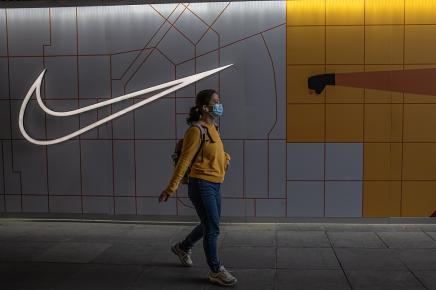 (ATS) In a press release, the General Court of the European Union, set up in Luxembourg, defended the merits of the European Commission’s decision when in 2019 it opened this “formal investigation procedure” to the doubts casting on Nike.

“In addition to complying with the rules of procedure, the commission did not fail in its obligation to state reasons and did not make obvious errors in assessment,” the court said.

The court was speaking in relation to a dispute that led to the opening of an “in-depth investigation” by the European Commission in January 2019 against Nike, which it suspects of benefiting from undue tax benefits on the part of the Netherlands.

The Netherlands, which is often accused of granting tax benefits to multinational companies, is one of the European countries especially in the Brussels region that has made the fight against tax evasion one of its priorities.

The case of Nike, which may benefit from a “loophole” in Dutch law, was revealed in November 2017 by the press as part of the Paradise Papers, this investigation into tax evasion conducted by the International Consortium of Investigative Journalists (ICIJ). Together 96 media outlets from 67 countries.

The Commission’s investigation relates to the tax treatment accorded to two companies of the Netherlands-based Nike Group, which are responsible for the development, promotion and registration of sales of Nike and Converse products in Europe, the Middle East and Africa.

These two companies obtained licenses to use intellectual property rights in exchange for royalties paid to two Dutch entities of the Nike Group, which are currently exempt from tax in the Netherlands.

See also  Why was the information kept confidential?

In January 2019, the European Executive, which is responsible for enforcing EU competition law, expressed concern that the amount of royalties mandated by the tax provisions “does not reflect economic reality”.

Microchip implants that allow you to push with your hand