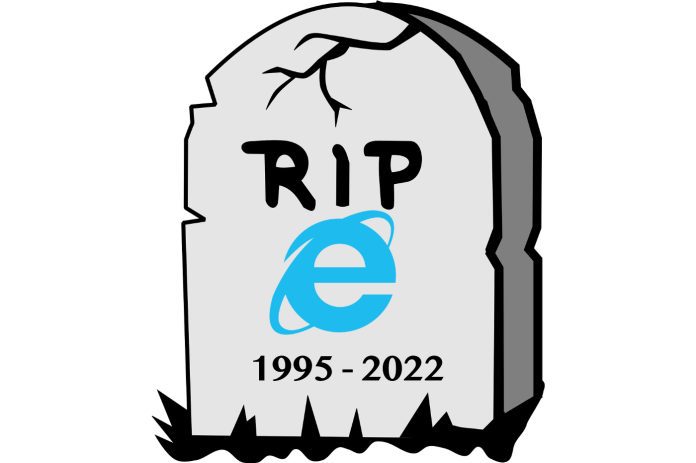 The unloved web browser will finally bow. As of June 15, Internet Explorer will no longer receive security updates.

Is enough ! As Microsoft announced a little over a year ago, Internet Explorer will not receive any security updates as of June 15, 2022. First published in 1995, with Windows 95, Microsoft’s Web browser will no longer be officially supported by the Redmond Company.

At least on Windows 10. Since the latest version, Internet Explorer 11 (IE 11), should still be available for some time on some versions of Windows. Users of Windows 8.1, Windows 7 (with Extended Security Updates), Windows Server LTSC, Windows Server 2022, Windows 10 LTSC, and Windows 10 IoT LTSC are entitled to a small timeout. Windows 11 is not affected by the end of Internet Explorer support, the web browser is not available on this operating system since Microsoft chose Edge, based on Chromium, as the default web browser.

Additionally, regardless of Windows versions, Internet Explorer mode built into Microsoft Edge will remain in place until at least 2029. So developers still have a few years to update their old apps so they no longer need Internet Explorer.

IE 11 users are soon invited to migrate to Edge