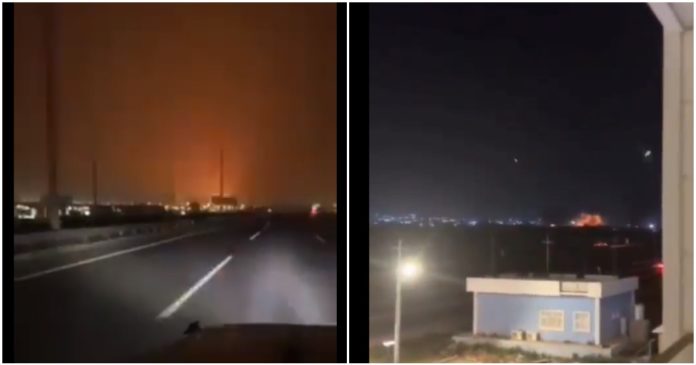 At night between Saturday and Sunday twelve missiles Iranian-made Fateh-110 missiles fired at the area consulate Based on US base to Erbil, in Iraqi Kurdistan. The Iran’s Revolutionary Guards They claimed responsibility for the attack, but did not mention the United States: they claimed to have targeted a training center for the Israeli intelligence services Mossad. Last Tuesday, they promised “revenge” after two of the Revolutionary Guards were advisors to the Iraqi government Bashar al-Assad, were killed in an Israeli attack in Syria near Damascus. Governor of Erbil Omid GushnauHe denied the news of the presence of Israeli bases in the city as “unfounded.”

Iraq missile attack on Erbil: Video of the raid and explosions of the US Consulate

A statement published on the official website of the Revolutionary Guards was also carried by the Iranian Agency Tasneemargues that “a A strategic center for conspiracies and evil subordinate Zionists It was targeted with high-precision missiles “thanks to the vigilance of the security forces, the threats were neutralizeIran does not recognize Israel and accuses it of doing so responsible for sabotage Against Iran’s nuclear sites and the killing of nuclear scientists. The statement concluded that “every aggression” by “the Israeli Zionist entity will face a cruel, decisive and destructive response.”

Initially, the Iraqi Ministry of Interior reported an attack on the new (still under construction) US Consulate. Kurdish site Rudaw He then reported on several damaged buildings, including the TV station studios Kurdistan 24. Missiles, as he immediately explained Look GhafooriThe head of international media relations in the Kurdistan Regional Government did not hit the US consulate despite his arrival in the surrounding area. TV station studios Kurdistan 24 Instead they were damaged. The regional health minister said there was nothing Victims And no injured.

Governor of the region Masrour Barzani In a brief statement, he “strongly condemned the multiple attacks” and called on civilians to follow the directions of the security forces. “We will not succumb to cowards,” added. Iraqi Prime Minister, Mustafa Al-KazemiHe spoke by phone with Barzani and promised an investigation. Shiite religious leader Muqtada al-Sadr He wrote on Twitter: Erbil is under fire. As if the Kurds are not Iraqis.”

#broke down: News of the fall of several ballistic missiles on the American base in Erbil pic.twitter.com/XMTXHDQs76

Scandal in the EU Parliament: “Teams from Qatar speak well of...