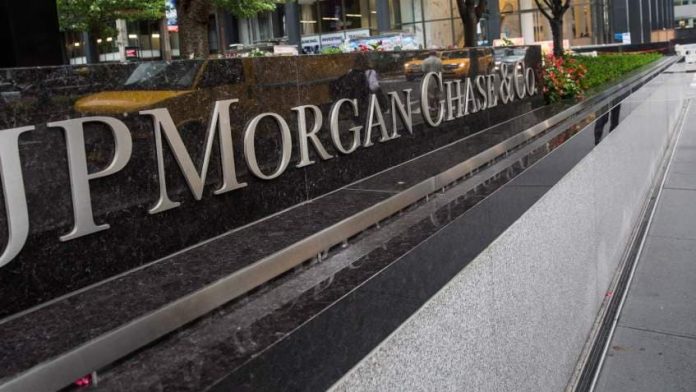 By paying this fine, the US bank avoids filing a lawsuit for complicity in tax evasion.

JPMorgan Chase on Thursday agreed to pay a fine of 25 million euros via a legal transaction to close lawsuits and avoid prosecution in the case of suspected tax evasion of former Wendell executives, a decision upheld by a Paris court.

By signing this Public Interest Judicial Agreement (Cjip) with the National Financial Prosecutor’s Office, JP Morgan Chase, suspected of participating in 2007 in financing this alleged tax fraud by way of loans to former investment firm executives, avoids filing a lawsuit for complicity in tax evasion.

During a hearing on Thursday, the President of the Judicial Court in Paris, Stéphane Noel, approved Cjip and his sum of 25 million euros, due to be paid within 30 days.

He had previously confirmed that the bank “did not get any tax benefit from the operation” but was limited to the “finance” role.

The financial prosecutor, Jean-Francois Bonnert, told him about “numerous rounds of discussions and negotiations” between the public prosecutor and the bank, especially this summer.

François-Xavier Dolin, Deputy Prosecutor of the PNF, mentioned three factors that contributed to the “lowering” of the fine amount: the bank is an accomplice in the fraud, not an instigator; The facts are “old and isolated”. The bank “cooperated” with the investigation.

In his words, “the complexity of the tax package (…) in order to avoid its inquiries by the tax administration”, on the contrary, contributed to the “aggravation” of the fine.

JP Morgan Chase’s attorney, Me Thierry Marembert, insisted on the “very limited role of the bank” in the financial arrangements, before welcoming the conclusion of this legal transaction and declaring that the bank “has surrendered as soon as possible. This day to the ten-day withdrawal period” stipulated by law.

A judicial investigation was opened in June 2012 after a series of complaints from the tax administration about a financial package called Solfur, launched in 2004 that bore fruit in 2007.

Thanks to this incentive programme, through shares, three Wendel directors – including the former president of Medef, Ernest Antoine Silier – and eleven senior executives were able to recover a “net profit” of €315 million at the end of May 2007 with an investment of 996 €250, is “completely tax-exempt,” the National Financial Prosecutor’s Office (PNF) wrote in its November 2015 applications.

For magistrates and the PNF, the system was set up by resorting to corporate intervention to avoid capital gains taxation.

If the bank escapes prosecution by Cjip, which ends in lengthy procedural disputes, a trial of the individuals involved will still be scheduled, from January 17 to February 3, 2022, while a hearing dedicated to procedural exceptions is scheduled from Monday, September 6.

Cjip’s procedural framework was created in 2016 to allow companies involved in integrity breach cases to negotiate a fine in exchange for dropping the proceedings.

Because JPMorgan is the ninth to be signed by the Palestinian National Front.

The Pure Salmon project has been permanently abandoned at Landacres