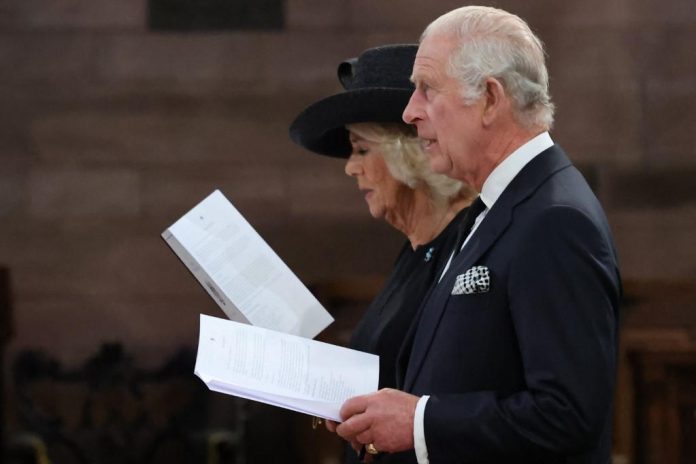 “I can’t stand this damn thing…”. King Charles III “against” the pens. A video posted by CBS on Twitter shows the new governor wrestling with the signing of the register at Hillsborough Castle, Northern Ireland, as part of festivities to honor Queen Elizabeth II, who passed away last week at the age of 96.

Carlo asks: “Is it the twelfth of September?” The king taught that the correct date is September 13: “Oh my God, I wrote the wrong date.” His wife Camilla warns him: “You fell on September 12th first.” Carlo got up from his desk and obviously had a problem with the pen: “I hate this… I can’t stand this damn thing…,” said the King, getting up and turning away as he tried to clean it up. hands. Last Saturday, on the day of the official announcement, Carlo was “stigmatized” by having a giant pen holder on his desk.

The video quickly went viral, collecting thousands of tweets and likes. Many users do not hide the surprise of the spread of the clip that shows a certain side of the ruler. Many were quite sympathetic comments towards Charles III: “He is someone who has recently lost his mother,” he reads the letters.

“I can’t stand this bloody thing!”: King Charles’ signing ceremony at Hillsborough Castle, Northern Ireland, made one thing clear – even royalty can’t escape the frustration of an ill-fitting pen. pic.twitter.com/nzygNTLslX

See also  Venezuela: Maduro, "Guaido has been defeated and will be pushed back" - Altima Ora