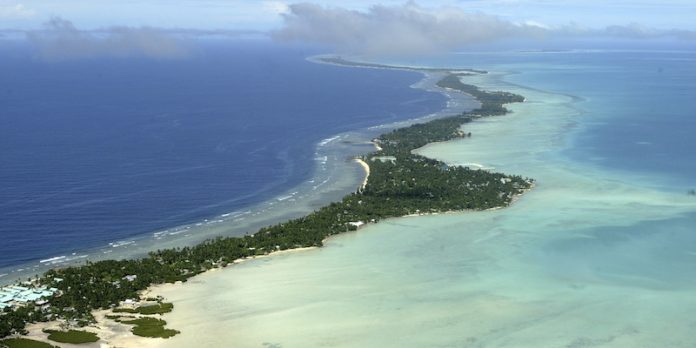 The government of Kiribati, a small archipelago in the middle of the Pacific Ocean, has entered its first lockdown since the start of the coronavirus epidemic after infections spread related to the arrival of the first international flight into the country long after it had been closed. the border.

Until last week in Kiribati, one of the most remote countries in the world, only two cases of coronavirus were recorded. But on Friday, 36 of the 54 passengers who had arrived in the country from abroad for the first time in ten months tested positive for coronavirus upon arrival. Local authorities tightened restrictions after four employees of the facility where the infected passengers were quarantined tested positive.

From Monday January 24 and for at least two weeks, Kiribati residents will have to stay at home and only be able to go out for essential reasons, such as buying basic necessities. Schools will be closed, gatherings will be banned and other restrictions will also be imposed, such as the obligation to wear masks or get vaccinated against the coronavirus if you wish to leave the capital, Tarawa.

The Republic of Kiribati is an archipelago of Oceania located largely in the middle of the Pacific Ocean: it consists of 33 islands, mostly atolls, with a population of about 120 thousand people and was a colony of the British Empire.

The country’s authorities have determined that all passengers on the flight have completed a course of vaccination against coronavirus and were able to travel because they tested negative in a test taken before departure. according to what guardian, local government last week He said While more than 93 percent of Kiribati’s who can be vaccinated have received at least one dose of the vaccine; Slightly more than half have completed the vaccination cycle.

– Read also: The only two countries that have not started vaccinations yet

Life in a school in Kabul. Associated Press