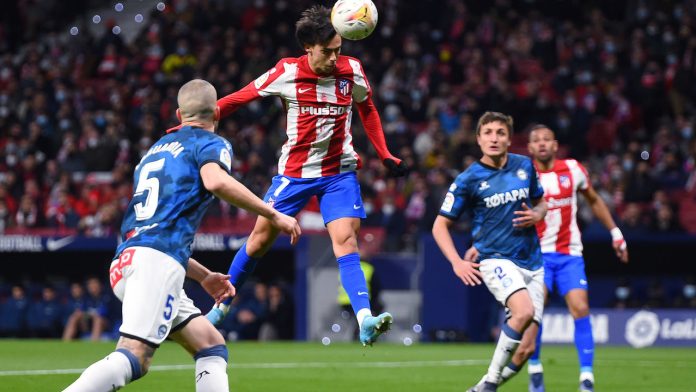 Atlético Madrid celebrated, on Saturday evening, its victory over its guest, Alaves, who finished last, in the 30th round of the Spanish Football League.

Joao Felix puts the hosts ahead after a perfect cross from Vrsaljko (11). After that, the Madridists decide the match, but there are few big chances.

After changing sides, Alaves managed to equalize somewhat surprisingly (63) through Gonzalo Escalante – also with a header.

The whistle of a penalty kick returned Atletico to the path of victory: Legion drops Cunha and Luis Suarez uses the penalty kick (75). Minutes later, Joao Felix made the initial decision with his second goal (83). Luis Suarez (89) sets the last point.

In terms of points, Atlético is equal to second-placed Sevilla (less than one match), but remains in third place. Alaves returns to last place.