Persia Digest
Home sport Lance Armstrong talks about Jan Ulrich: ‘It was the worst ever’ 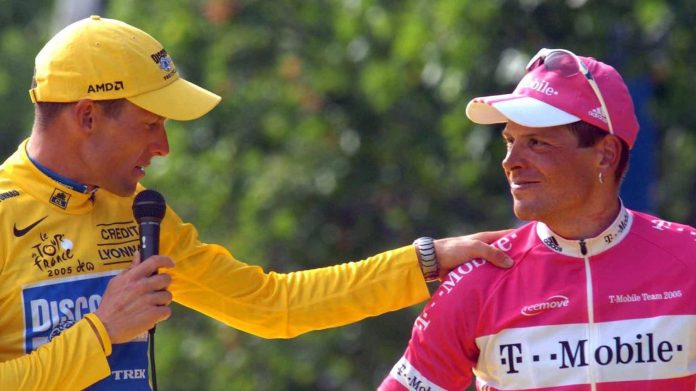 It is the 25th anniversary of Jan Ulrich’s victory in the Tour de France. Rival and friend Lance Armstrong recalls the dark days of the former cycling star.

These days mark the 25th anniversary of Jan Ulrich’s historic all-around victory at the 1997 Tour de France. Just in time to celebrate this anniversary, ARD has produced a multi-part documentary about the rise and fall of the former cycling star.

Lance Armstrong also spoke in “Being Jan Ullrich”. The American, who dominated cycling at the turn of the millennium and later lost all seven of his titles to doping, had a bitter rivalry with Ulrich when he was active in his career. But over the years, a close friendship has developed between Texas and Rostoker – which has also stood the test in difficult times.

Armstrong traveled to Mexico to be with Ulrich

In “Being Jan Ullrich,” Armstrong recalls visiting him four years ago at a rehabilitation clinic in Bad Brukenau. Ulrich has struggled with various addiction problems since retiring in 2006. Looking back at his first impression at the time, Armstrong says, “I saw a man in a place he’d never been.” Ulrich seemed “strong” and at the same time “strange” to him. “We all know some crazy friends,” said the American, “but I’ve never seen anyone in such a state.”

See also  Between his extension at Paris Saint-Germain and the apparent success of Le Bleu, Catuto says he is "quiet" ahead of the Euro