Persia Digest
Home Economy Las Vegas keeps CES despite omicron, but it will last a day... 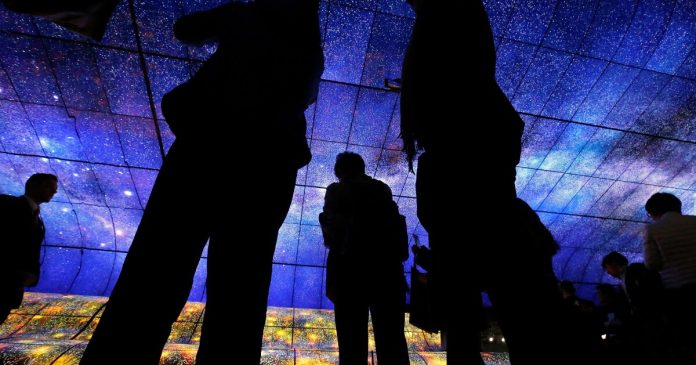 The world’s largest consumer electronics show, CES, is still scheduled to take place in a virtual mixed format head-to-head in Las Vegas (Nevada, USA) starting Wednesday, but the strong omicron incidence has been forced to cut its duration from four to three days.

As an added precaution, CES will now run from January 5-7, instead of until January 8 as originally planned, and the virtual part of the event is expected to become more significant, since many large companies have canceled their physical presence.

Thus, some of the most prominent exhibitors such as Amazon, Microsoft, Intel, Google, Meta (Facebook), AMD, General Motors and BMW will not have in-person representation in Las Vegas, but are expected to keep their virtual events.

However, they confirmed from CES that 2,200 companies – mostly small and medium-sized companies – continue to plan to have a physical presence at the convention center and casinos in Las Vegas.

Before the pandemic, CES gathered more than 10,000 people a year in the game city, but last year it changed to a completely virtual format.

The US is seeing a record number of COVID-19 infections with the arrival of the omicron variant, with about 400,000 per day in the past week, and the county in which Las Vegas (Clark) is located is an area with a high incidence of the disease. virus.

See also  US: Chip shortage could lead to factory closures

Bots, responsible for ‘cutting off’ Musk on Twitter – El Financiero