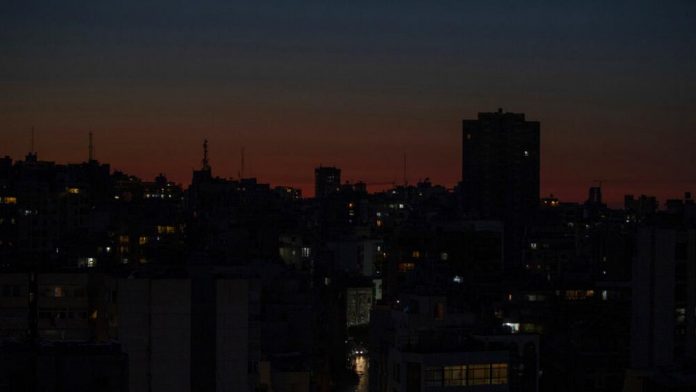 As soon as the sun goes down, Lebanon becomes completely dark.

The country fell on Saturday in a total opacity After the activity of two important power plants stopped due to lack of fuel.

“After the Deir Ammar plant was forced to stop producing electricity yesterday morning due to the depletion of diesel reserves, the Zahrani plant was closed this afternoon for the same reason.Electricité du Liban said in a statement.

A source in the Ministry of Energy told AFP that efforts are being made.To find a solution to the problemElectricité du Liban said in a press releaseAn oil tanker was scheduled to arrive on Saturday evening, to be unloaded early next week.

These cuts disrupt the lives of residents and many vital sectors, while private generator managers are also rationing businesses, hospitals and homes, as fuel has become scarce.

Stuck in an unprecedented crisis, the country has known for months the brutal rationing of power, and is struggling to import fuel, against the background of a historical decline in the national currency and the drought of foreign currencies.

Lebanon is negotiating with Egypt and Jordan to deliver gas and electricity through Syria, while the Shiite Hezbollah movement has announced in recent weeks several shipments of Iranian fuel to ease serious electricity and fuel shortages.

It was also agreed between the authorities and Iraq to distribute Iraqi oil to Lebanon in exchange for medical services.

Cameron Diaz and Matt Dillon split up: the actor reveals the...

Dragon Ball Super Episode 74: Vegeta has a new transformation to...