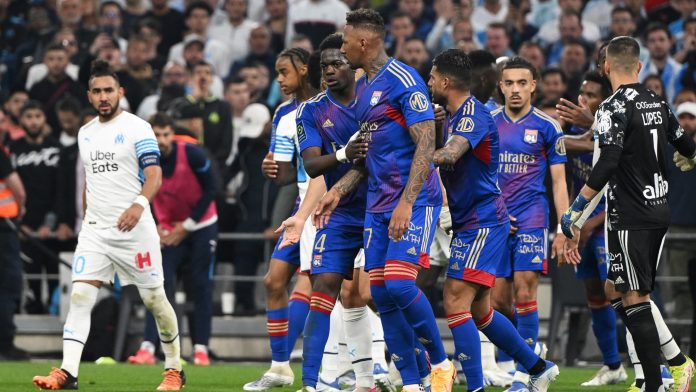 After Lyon’s victory in Marseille (0-3) on Sunday, many Lyon players posted messages on social media.

For the third time in the last five seasons, Lyon won (0-3) at Vélodrome on Sunday. This new habit was celebrated in a somewhat mocking way by some Lyon players on social networks.

Sinali Diomonde, who was sidelined until the end of the season due to an ankle injury, tasted a new victory against rivals in Marseille from a distance. “Don’t forget to cover up and go out well after this frost coming from the south, he wrote on his Twitter account. Good evening Les Gons and look for Europe at the end of the season.”

Jerome Padeng, who arrived last summer, quickly understood the rivalry between the two clubs, which he sparked with a little accommodating message in the same tone as his young teammates. He was delighted to be thrown into a Velodrome packed and boiling to the brim during the first period of this “ice cold”. “Another win at the Olympics,” the German added. Diego Mendes, the midfielder, aired a video of his teammates cheering in the locker room after the match.

The heroes of the crowd were so relaxed on social networks that Malo Custo, the Man of the Match, promised not to “let go”. Captain Moussa Dembélé, who scored the second goal, was delighted with the victory, which allowed OL to be in the race for Europe. “Atmosphere of fire tonight at Velotrom, Leon Striker mentions. We go home with three points. Thanks to everyone for your support. Focus on the last three games.” “We’m Olympic lions,” Emerson said on the left.

See also  Standard did not do well: Roach ends the year with a defeat to Julet Warez (0-1)

On the Marseille side, the tone was very angry as the arbitration decisions were considered unfavorable. OM’s players and managers pointed to two realities of the game: a penalty that did not whistle for Tempel’s volleyball in the first half and a mistake on the part of Pav Lopez in Lyon’s first goal appearance.

H&M increased its sales by 6% during the financial year to...