Persia Digest
Home Tech Life as it is known on Earth is impossible on Venus due... 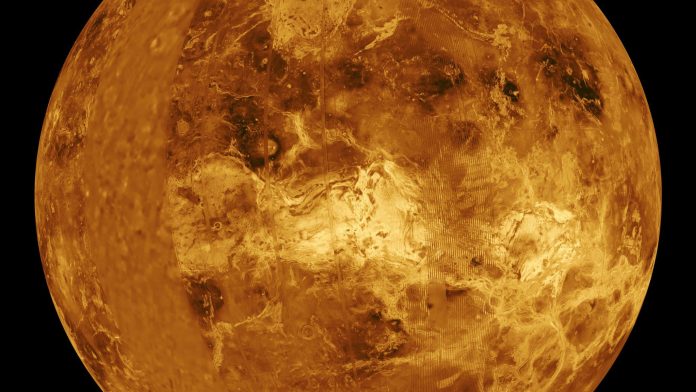 In September 2020, the discovery of phosphine in the atmosphere of Venus caused an uproar among the scientific community, because it could have hinted at the possibility of life. But this discovery is widely questioned.

Life as it is known on Earth is impossible on Venus due to the lack of sufficient water in its atmosphere, according to a study published Monday, a new refutation of scientists on Venus. Detection of a gas potentially associated with living organisms.

“There is no potential active life” in the clouds of Venus, microbiologist John Hallsworth, co-lead author of the study published Monday, said at a press conference. natural astronomy.

Earth’s closest neighbor is similar in many respects, in terms of size and mass, but has a hellish surface temperature, 470°C, and a CO2 atmosphere of 97%. In other words, it does not help much in life.

The planet is also covered with a thick layer of clouds consisting of sulfuric acid droplets. This month, British astronomer Jane Graves announced the discovery of phosphine.

Phosphine, on Earth, came from human or microbial activity, and the announcement upset the scientific community. Before that it was strongly challenged by professionals who questioned the observation and method used to infer the presence of this gas.

This time comes the objection to the possibility of a living being under these conditions. One of the topics that John Hallsworth, of Queen’s University Belfast, has studied is “the minimum amount of water that can saturate the most extreme (most resistant, editor says) microbes on Earth to remain active and evolve”.

100 times the amount of water in clouds is too low

His verdict is final: the amount of water available in the clouds of Venus is “more than a hundred times too low” for the survival of the most resilient microorganism known. In other words, “at an insurmountable distance from what it takes life to function”.

And he leads the point home by adding: “The most drought-tolerant microbes have never had a single chance to pull down Venus, and the most tolerant of an even less acidic environment.”

Professor Jane Greaves’ team has finally reduced the amount of phosphine it claims to have discovered. For Chris McKay, a NASA astrophysicist and co-author of the study published Monday, “there is no strong consensus in the scientific community that the detected signal is phosphine.”

But even if there was phosphine, we know Venus’s atmosphere very well, thanks to probes that have flown above it, even crossed it, since the 1960s, and observations from Earth, to say that there is enough water for life, says Chris McKay. And “that’s not the case on Venus, by far.”

For this NASA expert, the three probes that will explore Venus around 2030 will confirm already obtained temperature, pressure and water measurement data, while also making it possible to trace the history of this “potentially habitable neighbour. Three billion years ago.” .

But could a shepherd star, as it is called, harbor a different form of life as we know it? Chris McKay answers this “philosophical” question by saying, “We leave biology as we know it, and enter the realm of imagination.”

If life wasn’t possible on Venus, it might be on Jupiter, the second planet in our solar system that, apart from Earth, has a cloudy atmosphere. They provide “a combination of the right temperature and water activity (their availability) to support an active life,” according to John Halsworth. This is certainly not enough to confirm that he is there.

With Chris McKay, they are counting on the upcoming James Webb Space Telescope, which will launch in the fall, to explore the possibility of other planets that could harbor living things, by studying their atmospheres.