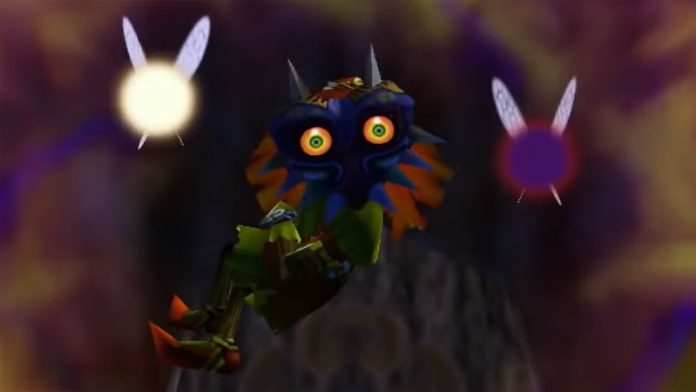 Nintendo revealed last month that The Legend of Zelda: Majora’s Mask was coming to the Nintendo Switch Online Expansion Pack service in February, and now it has given an exact release date: February 25. However, the trailer has shown off some transparency issues that were also present in other emulated Nintendo 64 titles on the platform.

As noted by Video Games Chronicle, the above GameXplain video compares the original Nintendo 64 version to the Switch Online one. While the Switch one looks sharper and isn’t a complete eyesore, there are some noticeable artifacts not present in the 2000 original. For example, the effects around Skull Kid’s head are blocky and the fire engulfing the moon when it crashes down looks different. It is likely that the emulator is translating the transparency effects differently on the Switch.

The Switch has had trouble perfectly emulating N64 games in the past. Users pointed out issues with Ocarina of Time‘s fog and water effects when it hits the service last year, while others found glitches in other titles like Paper Mario. After . that Nintendo was “[taking] the feedback very seriously,” some evidence pointed to the emulation getting marginally better, if not still slightly buggy at times.

Regardless, Nintendo Switch Online Expansion Pack subscribers will now finally be able to play one of the most divisive Zelda games on a more modern platform. While different in style, it might help tide players over until the sequel to The Legend of Zelda: Breath of the Wildwhich is still slated for 2022.