Persia Digest
Home World Merkel: I tried to put pressure on Putin, but I no longer... 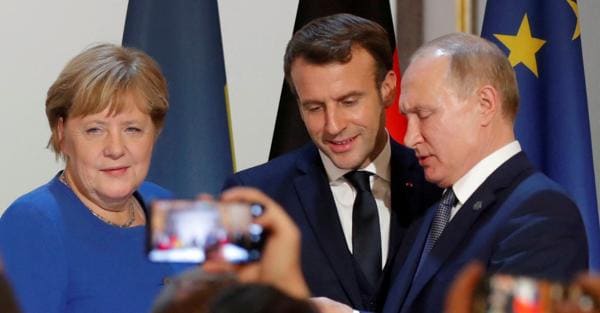 Angela Merkel returns to defend her policy toward Vladimir Putin’s Russia prior to the invasion of Ukraine. And now, in an interview with Der Spiegel, he revealed that in the summer of 2021 he tried to start talks in a European formula, which should also have included Emmanuel Macron, to try to defuse the tensions that were already rising in Ukraine. “But I no longer had the power to press: because everyone knew I was leaving in the fall,” said the former German chancellor, who eventually handed over responsibility to new chancellor Olaf Scholz in early December. And a little over two months later, Russia invaded Ukraine.

Merkel was the main force of the so-called Normandy formula, created by Germany, France, Russia and Ukraine in 2014 after the annexation of Crimea and the start of the conflict in Donbass, which reached the Minsk agreements in early 2015 and was not fully implemented. . Also in the summer of 2021, Merkel made her last official visit to Moscow, but even on that occasion she felt she no longer had the power and leverage to pressure Putin: “Her position was clear that ‘regarding political power, you’re finished’, Putin has only power. that matter.”

The most beautiful private floating sauna in the world where relaxation...